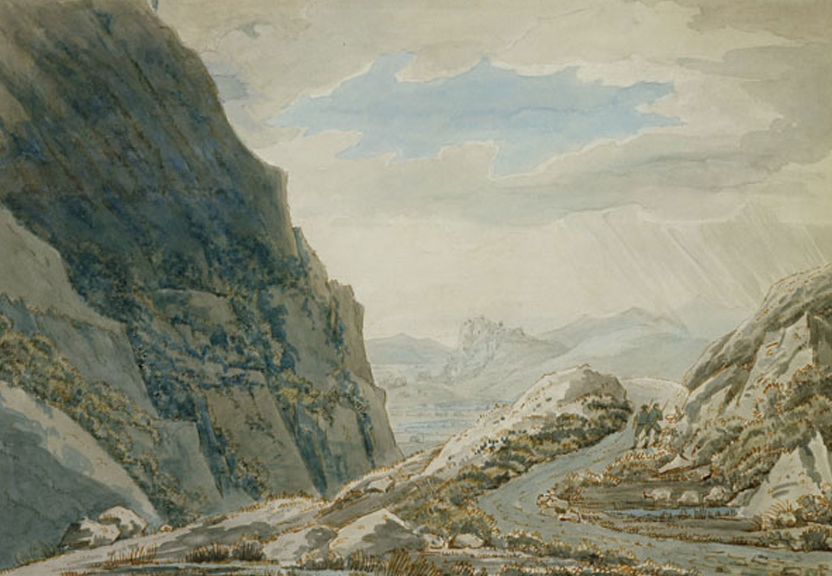 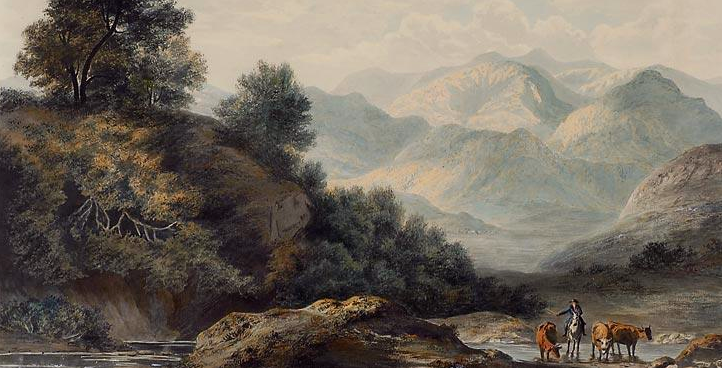 Kate rallied. A week later, on a crisp and sparkling New Year’s Day, they set off for Sussex. There had been no fresh snow and the main turnpikes were navigable with caution. Anthony had purchased for her a thick cloak, half-boots, a muff and a heavy serge gown to keep out the cold.

1815. Kate wondered what it would bring.

She was resigned to her future and tried to be companionable. At least Anthony had expressed no renewed hopes of her hand. Pale and in sober mood, she climbed into the carriage and waved farewell to her host, farewell to the dear northern fells she would never see again. Soon the mountains and moors had given way to the lowering mill towns of Lancashire and the rolling plains of Staffordshire where the smoky sky was reddened by the ember glow of furnaces. The places ran together, nights spent in poky taverns and days of rattling motion, across bridges, past toll-gates, through pastoral scenes untouched by snow, all the signposts pointing south, and finally to Lewes and Merrowdene and the gates of home.

“Drive up to the door, Josh,” Anthony instructed his driver who had met them at Lewes. “

“No, no,” Kate countered, “pray set me down here, if you please.” She turned to Anthony. “Grant me a little time to walk the drive at my own pace. I must compose my thoughts.”

“As you wish.” He consulted the repeater tucked in his pocket. “I’ll bring up the rearguard in ten minutes or so.”

Shaking, she found her legs, heard her own boots crunching over the shingle. How small her home seemed after so long an absence, how lost in a world of its own. The breath caught in her throat. On the porch, she espied a white-haired man, bent and altered and defeated by life. Last spring the hair had been grey. He was thinner. He was cupping a hand over his ear, craning for sounds. He did not start forward and, as she drew nearer with mounting anxiety, she saw why. Moved with compassion, she paused several yards away from him.

“Kate? Is it Kate? Forgive me, I do not perceive the world too well.”

In a blinding onrush of tears, she ran to him and fell on his neck and kissed him. “Papa! Papa! My own dearest Papa!”

For he had reared her and loved her and wanted to spare her. True kinship was born of the spirit, more precious than the bondage of flesh and blood.

His brittle frame shook as he clung to her. The poor glaucous eyes turned fluid. “My child, my child,” he crooned. “I have waited, listened, every day since you went. Ah, but you are changed. Your voice is the tender voice of a woman.”

She wanted to tell him that she had fallen in love, that it was safe out there in spite of the perils. For her part, she could bear the consequences of her follies. But his life was a monument to other lights, other beliefs, and he had none of the resilience of youth with which to shoulder his afflictions.

Her mother became visible in the shadows of the doorway. “What have you been about, child? How you distressed us!” she chivvied, as though Kate had dawdled over an errand.

“Mama! How well you look!” Kate hugged her.

Just then, her sisters came into view. Ruth, tight-lipped with no ring on her finger, embraced her solemnly but gave her no kiss. Sarah regarded her with a kind of envious awe and then sobbed out an incoherent welcome. Meanwhile little Polly Pringle who had retained her position, sniffed behind the parlour door, her mobcap askew and peeped through the crack to see the goings-on. In the kitchen, at her much-grazed chopping board, cook dabbed an apron to her eye and swore the Reverend’s onions were powerful strong that season.

That night, back in her narrow bed, Kate grieved for the plight of those back in Cumberland and for the yawning gulf between herself and Leo. 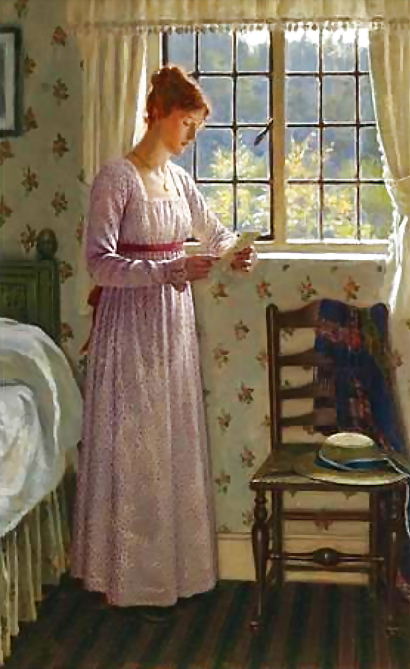 The weeks ambled by. Tom Wakefield breathed his last and was buried alongside his wife. The first snowdrops appeared in the spinney behind the house, hazel catkins drooped from the hedgerows. February was sombre and nothing had changed. Nothing and everything. Life resumed its old course. Kate bound up her hair and presented those around her with a clean-scrubbed face. Village folk had no used for powder and salve, albeit modestly applied. She went about her chores prepared to be cheerful, but her big luminous eyes were sad. When she read to her father nowadays, long episodes from the Law and the Prophets, or the hectoring letters of St. Paul, he was apt to lose attention and doze, and she would lay down the bible and go to the window and remember that there was a world out there, way beyond Merrowdene. He would come to with a jerk, unsettled by the silence. “Kate? Are you still there?”

“Yes, Papa, I’m still here,” she would say. “Shall I make you some peppermint tea?”

Her patience was unfaltering. But he knew she was unhappy.

As for her engagement to Anthony March, Hanslope did not recur to the subject. Anthony himself, whilst he treated her with a pleasing respect, did not press his suit. An intangible barrier had come between them. If anything, he was disposed to favour her elder sister. Ruth had sadly been jilted. Her doctor had been found wanting in valour when called upon to unite himself with a family dishonoured by scandal. Kate was deeply sorry to have been the cause of this, but was secretly of the opinion that Ruth was well rid of the fellow if he lacked the mettle to outface the gossip. Ruth, however, could not forgive her. Half a man was better than none at all and she sought balm for her mortification in Anthony’s presence.

So the days slipped into the old, uneventful groove. Had it not been for the lively society of Robert and Anne Vernon who welcomed Kate back with unreserved pleasure, there would have been no break in the monotony.

But even Merrowdene, hidden away on the Sussex Weald, was not an island, and further afield the storm clouds were gathering. 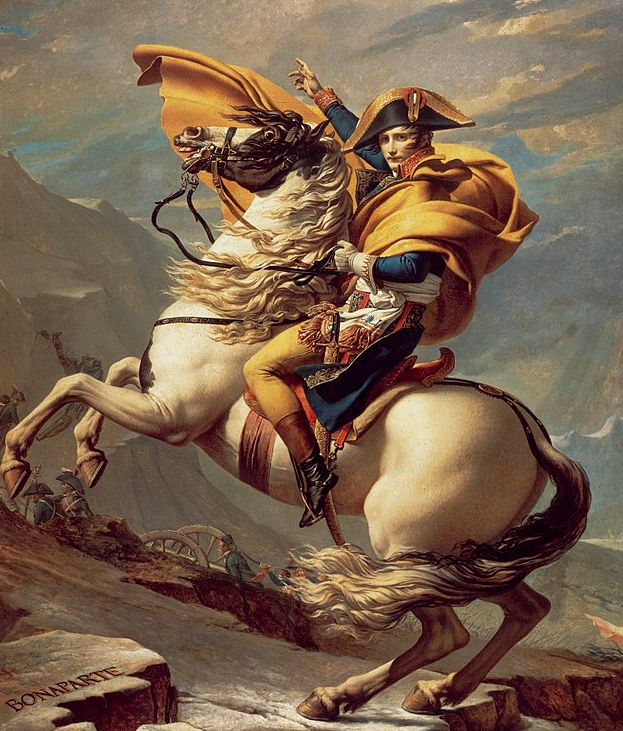 On March 7th, the endless deliberations in Vienna were abruptly terminated by the news that Bonaparte had escaped from Elba and was rampaging up through France gathering about him the remnant of his old army with all the furious force of the fanatic he was. The Bourbons were unpopular, the wine-bibbing Louis inspired no loyalty and the indefatigable little General had heard that there was already a plot afoot to overthrow him. This was the moment  to rebuild his empire and conquer the ‘wooden walls’ of his most obdurate enemy across the Channel. The Old Guard was willing to march to his tune. Soon the whole nation was in a fever for war. The Imperial Eagle was flying the full length of France and the strains of the Marseillaise rang out. Even the fiery Marshal Ney, ‘the bravest of the brave’, who had called for Napoleon’s abdication only eleven months earlier and had promised the King he would bring the Corsican to Paris in an iron cage, shrank like a whipped cur before his old mentor and re-avowed allegiance to him.

Thus, after centuries of complacency, Britain prepared to defend her Crown with a staunchness untapped since the Norman Conquest. 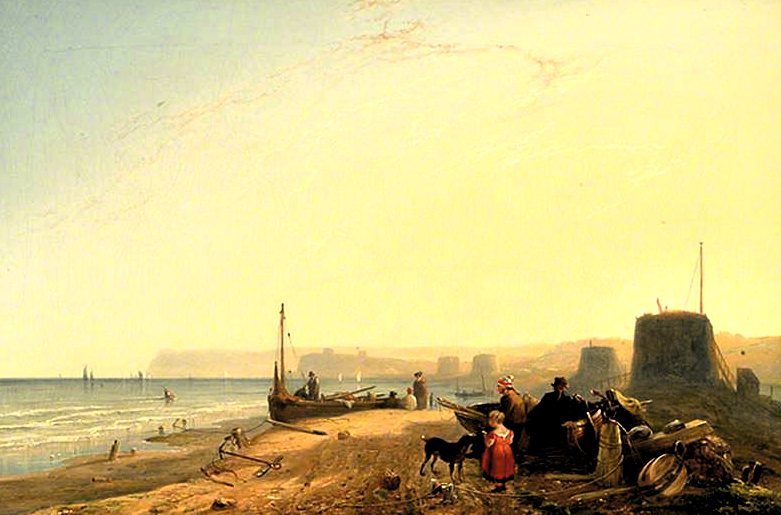 By the second week of April, feelings were running high. Bluebells misted the woods of Sussex and the martello towers along the coast were manned once more. In the garden, whither his wife had gone to inspect the primroses, Hanslope imparted the astonishing news that young Vernon proposed to buy a pair of colours.

“He is going to Belgium?” exclaimed she, aghast. That he should make this rash decision at so delicate a stage of his relations with Kate did not recommend him for his gallantry one wit! Thank heaven Anthony March was not moved to such folly!

“His Uncle Peachum, the General, you know, has taken an apartment in Brussels for himself and his good lady. He has invited Robert to join them.”

“When does he leave?”

“On the twenty-second, I understand. His sister is to accompany him.”

The outdoor light suffused the lens of Hanslope’s eye with a paler opacity against which the form of his wife was greyly rendered. He put out his hand and touched her arm. “They desire that Kate shall go with them."

“But you will not hear of such a thing! A foreign country on the brink of war!”

“Kate is very agreeable,” he informed her calmly.

“What! Are you run mad! I wish you will not provoke me so!”

“My dear, I think we must yield gracefully.”

“Well, but Mr Hanslope, you have changed your tune, I must say!”

“Perhaps I am wiser than I used to be,” he observed gravely. “I am put strongly in mind of our Lord’s promise that the sown seed is not quickened, except it die.”

Swayed less by this theological insight than by allowing her mind to run on the advantages of keeping The Honourable Mr Vernon within range, she clasped her hands together in excitement and lamented the impoverished state of Kate’s wardrobe. Scurrying indoors and upstairs as nimbly as any young girl, she delved into the linen chest and produced a bag of crown-pieces she kept salted away for a rainy day. This she pressed upon the dumbfounded Kate, exhorting her to buy some new bonnets and gowns. “For you will go to balls and fêtes and reviews,” said she, “and outshine all the ladies of rank and fashion.”

“Mama,” Kate whispered and kissed her cheek, her heart bursting with shame at having taken so long to recognise true charity.

And so it was that after many tearful farewells, with the wind set fair, Kate boarded a steam packet bound for Ostend and watched the shores of her homeland recede.

Many days after her departure, Jem Potter came whistling up the drive carrying an envelope addressed to Miss Kate. It bore the Penrose frank.

“We must forward it to Brussels,” Hanslope said. “Depend upon it, she will not return this side of midsummer.” 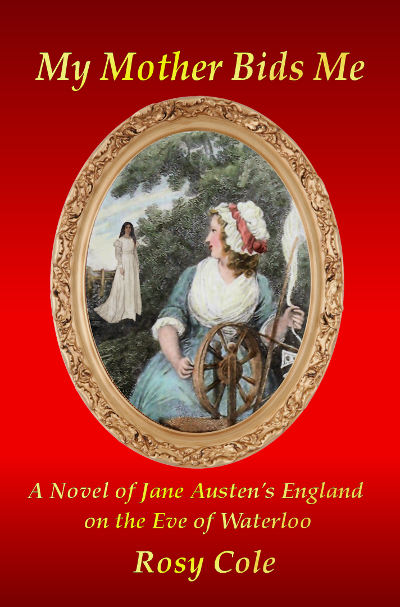