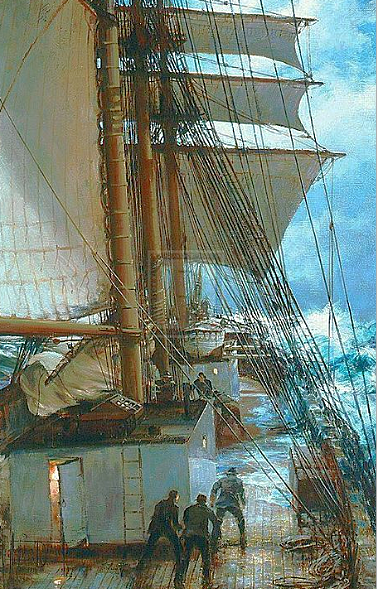 'This royal throne of kings, this sceptr'd isle,
This earth of majesty, this seat of Mars,
This other Eden, demi-paradise,
This fortress built by Nature for herself
Against infection and the hand of war,
This happy breed of men, this little world,
This precious stone set in the silver sea,
Which serves it in the office of a wall,
Or as a moat defensive to a house,
Against the envy of less happier lands,
This blessed plot, this earth, this realm, this England...'

Merely pausing over the deep blue Atlantic on Google Earth is enough make me gulp for air. That drowning space, cleaver of continents, can inspire a dreadful awe in members of maritime families who have lost their kin to the waves in war and peace-time. Nor does it have to be in unduly dramatic circumstances. My youthful uncle lost his life in The Solent when he dived from the deck of HMS Acheron in a bid to rescue a shipmate who had fallen overboard. There is no record of his burial. The body was never recovered. It was 1940, just over a year into WWII.

We are a nation of seafarers – it is in our plasma – an island people colonised at various stages of history by other seafarers, but never conquered by Napoleon Bonaparte who feared the 'wooden walls' of our naval barricades.

When I view a map of Britain, spread out like a spatchcock chicken, I muse on the magical diversity of landscape and customs and its historic mixed ethnicity, its coast circled at various times by Viking invaders from Norway and Denmark who tamed it with their agricultural know-how. Then there were the Roman legions who laid straight roads, lined with trees to keep their troops cool on the march (spot the Mediterranean optimism!) and their mosaicked villas and cypress gardens dedicated to wholesale well-being. I think of their vocabulary foursquare as their architecture and the imperialism that preferred not to disrupt the tenor of life in the hostage nation.

All this, before the Normans overran these islands in 1066 and taught us the art of cuisine and chivalry, assimilating with all the fine nuance of their mother tongue.

On the left flank of the map lies the mythical west, where ancient kings still roam the twilight mists and castles perch on promontories, telling of yore. Saints stir the dust of medieval churches and, if you are very still, you may catch the sprites' chorus in forest streams. The watered mountains and meadows are shamrock green and exuberant tides flay the shores with glistening spume. Rock pools silently teem with micro worlds. Like layered torte, the granite striations are imaged on the pages of Charles Kingsley stories, and sea-birds breed in the sky-scraping crevices. There are bays and sequestered coves in places along the whole length of the coast where the water is as turquoise as the Aegean and where the violet rhodora blooms well before spring. The vast blue yonder is all ocean, beguiling the curious and the fugitive to discover new worlds.

The side to the east harbours well-glazed wool churches, big as small cathedrals, where the open light breaks over their altars with a pride in prosperity that founded the nation's wealth and gave its Lord Chancellor somewhere to rest his frame in the Upper House. Orchards and weatherboards give way to busy docks and august monuments, rolling pastures and Fens drained by Huguenots who brought their farming, weaving, silversmithing and legal skills. From the air, the earth intersected by glittering watercourses, looks a bit like cloisonné work. The coast lies open to commerce with Scandinavia and the Low Countries under clouds tagging towards the Urals and back. The North Sea is fickle and blue, an illusory transfer of clear skies on waves of industrial taupe.

And, as I stand on the Isle of Wight and face a ghostly meridian that becomes the Pennine backbone of the country, I think about those ancestors who thought it was worth defending and wonder where exactly it was that John Cornelius Pitt was engulfed by eternity. 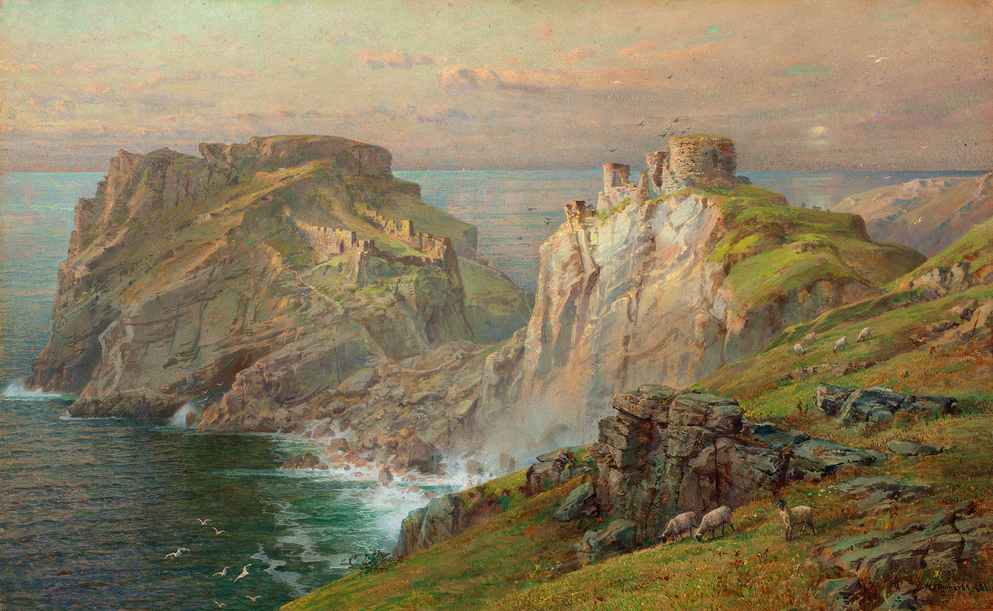 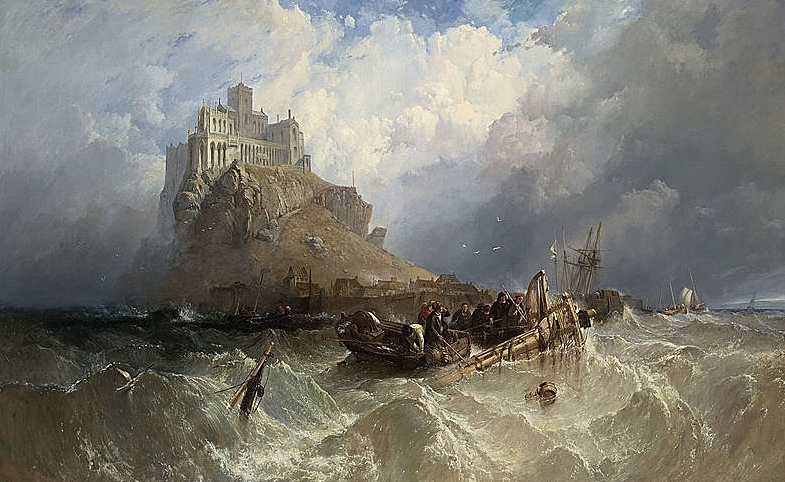 Also on this theme...