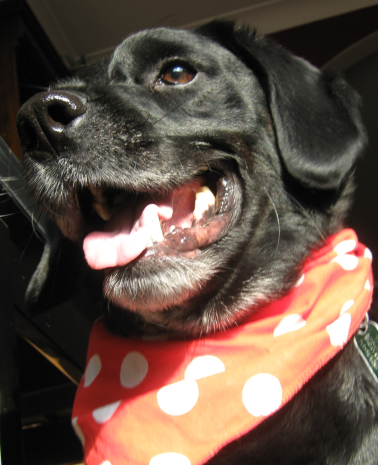 by Jack, your bony fido newshound.

Katia's animal post got El Springador a little too excited. The mention of seagulls was the trigger. Back in early 2008, he stumbled upon a great new site for scribes and soon became a Founder Member with his first blog post. He's persuaded me, as only he can, that this is the moment for a reprise.

Wey-hey, folks! So where's the gig? In the Red Room, I guess. Let me check the boundaries for you. OK, the name's Jack. Twenty-five killergrams of lightning reaction and a bundle of laughs if you're not trespussing on my patch. You've heard of matadors, toreadors, troubadors and labradors - well, I'm a Springador (not capital 'S') as you can see from the pawtrait.

When God created Springadors, it was in the full flush of genius. The sun was shining. The birds were singing, cats were catatonic, cyclists had all got punctures and joggers were deadbeat. It was an absolutely dognificent day! There was no cause to go back to the drawing-board umpteen times over. He looked down from the great kennel in the sky and thought to himself that he hadn't been concentrating on the task in hand the day he devised homo sapiens. The species left a lot to be desired. Never mind that account in the Good Book about the sixth day, HS was definitely a Friday Afternoon Job when he was dog-tired after his fling with Jurassic Park.

For instance, if Adam hadn't been so bone-stupid, it would have occurred to him to kick up a dust and bury his spare rib in the garden, instead of which God was left to dream up a way of putting it to use. Result: double trouble! And if Eve had been a bit more fly with the apple, she'd have known how to spit out the pips and leave them in a neat row on the sofa instead of bequeathing perennial ruin to mankind and the endless wobblers and cobblers flesh is heir to.

No, God needed a guiding paw, a cautionary tail, a pair of quizzical ears and a bark up the right tree to keep humans on the other end of the lead and safely corralled by their own hearth where they belong. He needed Springies to reveal the true meaning of Unconditional Love. It's no walkies in clover, I can tell you. In fact, I sometimes wonder who, exactly, is prolonging WHOSE active life!

But this is overrunning the tail, as is my wont. I'm a pedigree crossbreed. Yes, I am! It was an inspired conjunction for the planet. In looks, I favour the pater who was a debonair Lab, black as the ace of spades, but in temperament, I take after the distaff. My dad came courting a big blonde on our farm. Only trouble was he took a shine to the wrong resident. Well, you couldn't blame him. My mum was drop dog gorgeous, a KC reg. Welsh Springer, ginger and white, and a very sparky girl.You can't run one of those on empty. It was a whirlwind romance. He proposed and disposed in record time. Then he beetled off, leaving her to bring up a clutch of puppies single-pawed.That's when my native litterary talent came into its own. I was top dog straight off! I whipped the stragglers into line at suppertime, licked their snuffles, sorted their squabbles and nipped any tantrums right in the short and curlies. Someone had to put paid to all that skeltering off my paw mum's flanks!

I was a precocious little tyke in those days, it's true. You're inclined to grow up fast when life foists on you the responsibilties of Head of Pack before you're on Adult Maintenance, let alone got your dogtorate from Barkly.

Anyhow, to cut to the chase, I left the land of the Red Dragon and was borne off to the South Downs of England to live with Herself, who's a writer, and Big Bruv who's an eco-freak as well as a techno-geek and who does a lot of vacuuming pet fur out of PCs. (How does it get behind picture-glass?) I soon settled in. The only problem was, some seagulls were nesting on the roof and set up a terrible din in the small hours. Had to resort to tugging a pillow through the dog-flap and shredding it to feathers to let them know what to expect if they didn't beat it. That put the wind up their tails, no kidding. They had to abandon the nursery. Showed them who was really ruling the roost!

Yikes! I must be off! It's ten past bickies and time for perambulations! Back soon!

The dog who keeps track of the plot. 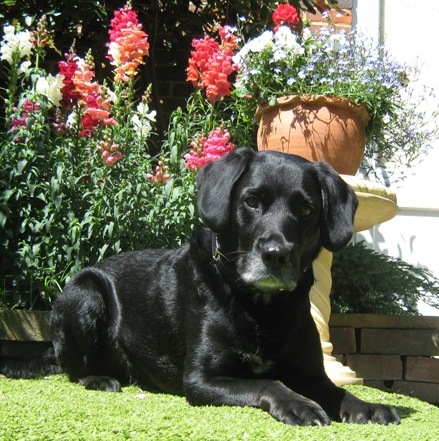