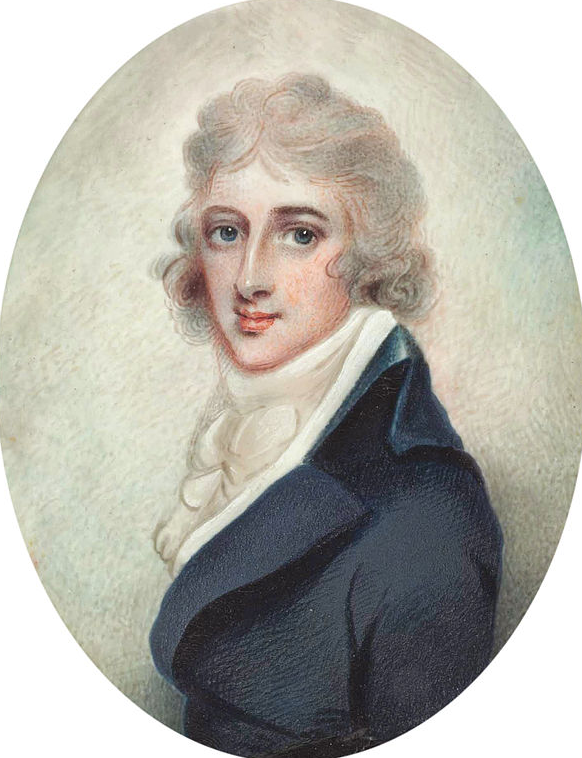 William, 1st Earl of Craven (of the 2nd Creation)

First of a linked sequence of six extracts forming the whole of Chapter 3 of THE SHEEP AND THE GOATS, Second Book in the Berkeley Series

The anguished thrill of the chase leads Lord Dursley into some thorny thickets of discovery, not least, of himself...!

Miss Harriette Wilson languished in the bow window of Lord Craven’s house on Marine Parade, Brighton, and pondered a listless tide teasing the amber shingle along its shoreline. The Earl, her current protector, had disposed himself in casual fashion at the opposite end of the window-seat and was absorbed in sketching her. Whilst it was pleasing to be the sole object of attention and was infinitely preferable to watching him draw endless orchards of cocoa palms, she yawned and confessed herself supremely bored.

“I knew I should not have turned down the Duke,” she said, though she preferred to gloss over that chapter of her pubertal career. His Grace had been more Disgrace than anything, a man of lascivious habits with a zeal for deflowering lissom young virgins. Harriette, though she despaired, even at fifteen, that she would ever make what the world called ‘a good woman’, had not been so depraved as to yield to him and allow commerce to dictate the terms. 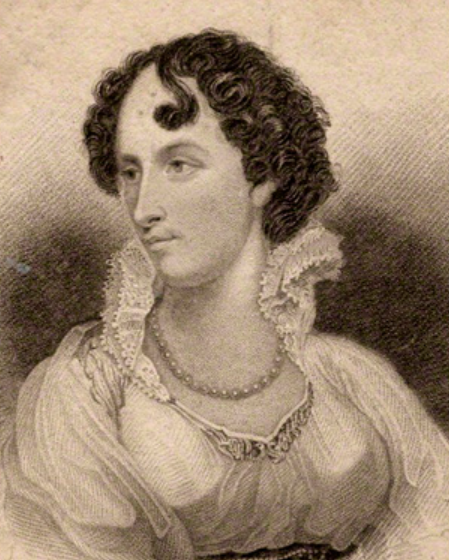 “If you don’t behave, I shall inflict my cocoa trees upon you, you little jade. Disparage them all you like, but they keep you in silken hose.”

“I swear I had more fun listening to the clocks tick in my father’s house,” Harriette repined. She had been born Harriette Dubouchet, daughter of a Swiss clockmaker and a Spitalfields silk stocking mender, Huguenot skills well appreciated by the Establishment of England. Early on, Harriette had learnt that her merry eyes, sharp wit and tomboyish vitality were fascinating to men and were assets to be deployed in creaming off some of the opulence of that Establishment whilst retaining independence. “Craven, you have no taste for adventure.”

“I have been to the West Indies.”

“Only to worship your cocoa trees! How I abhor cocoa!”

“Do you? It has aphrodisiac qualities, I am told.”

“I had better not give any to Fred Lamb, then.”

“It ain’t as though he needs it, the way that fellow looks at you with his spaniel eyes and his tongue hanging out.”

“His brother, William, is smoulderingly handsome, but if he makes a match with Caroline Ponsonby my nose will be put out of joint for at least a month. Do you think he will, Craven?”

“You aren’t listening! No wonder my sister Amy left you and ran off with Poodle Byng!”

“Caro Ponsonby is another spitfire, just like you, and even resembles you, so all is not entirely lost. Poor William has a taste for unruly females.” 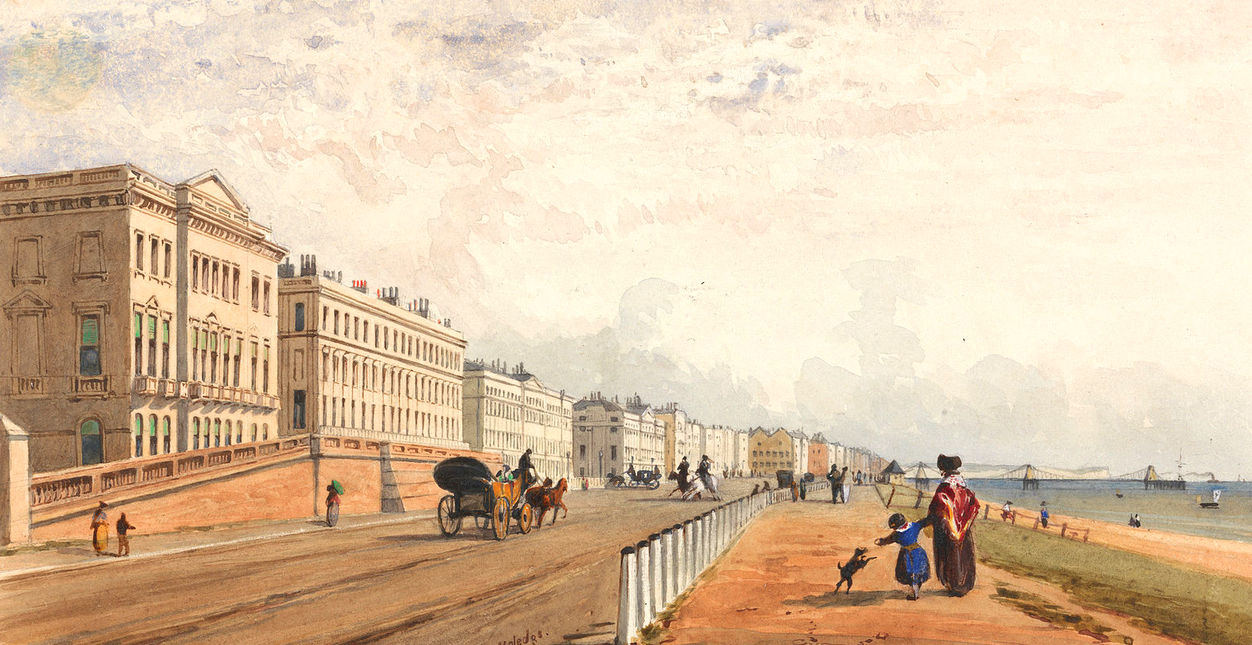 Harriette gazed out to sea once more. “It is deserted out there. Not a shipwreck in sight! Scarcely a soul on the promenade. I could feel so much more comfortable if Prinny hadn’t gone back to Town. Did I tell you I wrote to him?”

“Once or twice, maybe more. An encomium of your myriad charms, if I recall.”

“He needs to know what he’s missing!”

“Well, perhaps he is satisfied on that point, my love, and knows himself on velvet.”

“He’s gone charging off to Carlton House and everyone will trail after him. Do let us leave, Craven,” wheedled Harriette. “I quite pine for a masquerade.”

“We can’t. My mother is coming down with The Hun,” said Craven.

“The Anspaches! Oh no! Another stint in the broom cupboard!”

“Where you belong, you shameless hussy! Mama is giving one of her soirées for the benefit of Mr Brunton’s company. He has plans for a new theatre here, you know. Kemble will be there, and Mrs Siddons who’s fled Dublin in a flurry of scandal, Mrs Crouch and Mr Kelly and, of course, the Brunton girls. Miss Louisa’s debut as Lady Townley in The Provoked Husband was spellbinding. Divine!” declared Craven, kissing bunched fingertips to the air. “Hers is not a light to be hidden!” 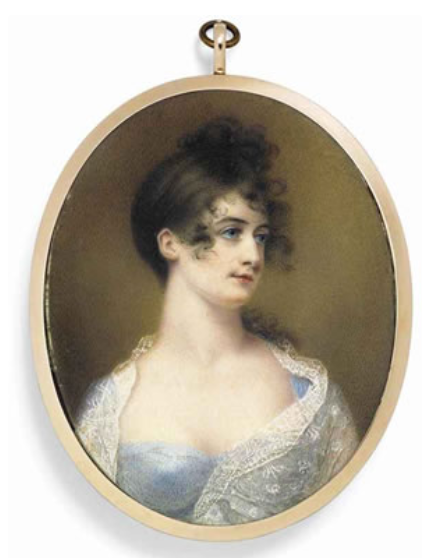 Miss Wilson, seeing her lover was in severe danger of losing his focus, made a lunge for his sketch pad to discover whether he had flattered her down-to-earth, if lively, features.

“Brute! Let me see! Oh, you have cast me as a Fury of the Underworld! It is a caricature worthy of Mr Gillray!”

“An amiable Fury, you must allow.”

“Great heavens! Is that Dursley and my brother coming to the door?”

“How I hope so! They’ll know how to create a stir!”

The drawing room was suddenly rife with rowdy males and Harriette was in her element. Berkeley Craven, ‘Bly’ to his friends, was an imperfectly finished version of William, did not fit his clothes half so well and could have benefitted from some guidance from Mr Brummell whose sanity he questioned when advised to shine his hessians with champagne sooner than drink it. His cousin, Lord Dursley, cut a contrasting figure. He was seventeen and there was nothing gauche about him. Already he had mastered the mannerisms of the dandy and crisp tailoring completed the picture. Harriette thought him a most aesthetic young man, self-possessed but cavalier.

“What a good fellow you are, Harry, to devote yourself to my brother,” said Bly, “when you could be dallying with me. Ain’t it time you was off to the wars, Bro?”

“Believe me, there is a queue forming,” Craven told him wryly. “Fred Lamb, Tom Sheridan, the Prince of Wales... The tail end of it is somewhere up in the Scottish Highlands.”

“Ah, the Marquess of Lorne” sighed Harriette. “But even he is not so handsome as the fellow with the Newfoundland dog I meet upon my walks.”

“Harry plays the coquette to a turn,” said Craven. “It is her forte.”

“My vocation,” insisted Harriette who had been schooled in a convent. “I must say you are uncommon quiet, Dursley.”

The Viscount tilted his head a fraction in acknowledgement, but forbore to add his homage at the shrine.

“Got a lot on his mind,” explained Bly.

“Smitten with an actress.”

“Unrequited passion,” said Bly as though his cousin wasn’t there. “About to fall on the sword if she don’t send him a note of hand by designated courier.”

“Name’s Amy Knight. ‘A new star bedazzling our firmament’ according to the journals.”

“But where did you run across her, Dursley? When?”

“He ain’t run across her, not yet,” said Bly before the Viscount could reply. He lay down on the sofa and placed his anxious brow in Harriette’s custody. “Thereby hangs the bind. Spotted her through opera-glasses on Wednesday last. Had ‘em jammed against his skull all evening! Those rings you see about his eyes are not spectacles, Harry.”

“How these prima donnas torment us with their lyric charms,” observed Craven, striding to the japanned cabinet, a replica of one at the Pavilion.

“Yes, I will have a large whisky, Craven. Thanks for the gesture,” said Dursley. “And when you are all done quizzing me, you might as well know there’s not a grain of truth in it.”

“You sent her a brace of partridges!”

“How profoundly romantic!” marvelled Harriette. “No one need teach him the art of seduction. Ten dozen crimson roses would not be nearly so sustaining!” 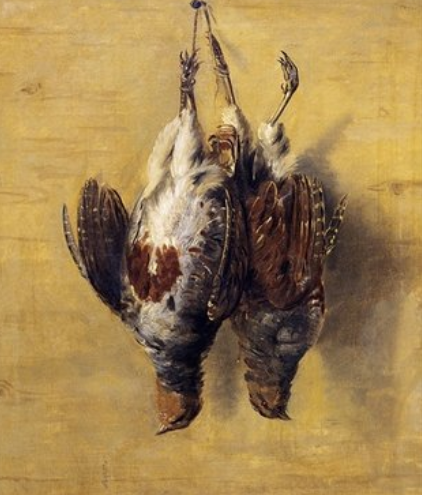 “Comes of having a grandfather in the trade,” Bly pointed out. “Kept a gang of poachers. Ain’t that right, Dursley?”

The Viscount scowled and cursed himself if he knew why he kept such company. “At least I’m sure who my grandparents were,” he said with some hauteur. “My Aunt of Anspach was never tight with her favours, upon her own admission, so you can’t call me out, Bly.”

“The trouble with Mama,” sighed Craven, “is that she was destined from birth to live life for three persons, being the only representative of triplets to have survived the ordeal.”

“It explains a lot,” said Bly dully and fell to thinking what a narrow escape the family had had from that Unholy Trinity! Their mother had forsaken their father and five of her children when the eldest was only thirteen, taking the youngest, Keppel, to live at the French Court where she had, in the fullness of time, seduced the Margrave, offshoot of the King of Prussia’s dynasty, whose full honours ran to several volumes.

“All’s not up, Dursley. You need not hone your sword. Dear Mama is having one of her splendid parties for the artistes of the Duke Street theatre. I shall make certain you are introduced to Miss Knight. She is a ‘Miss’ I take it?”

“If she isn’t,” cried Harriette, “I can see I’ll have to share the cupboard with her husband!”

“And maybe herself if the partridges didn’t go down well!”

“Professional compliment, that’s all,” mumbled the Viscount, now torn by doubt about the decision. “I could have sent roses.”

“Since you had no intention of winning the lady’s favours, I give you my word, your lordship did the right thing,” Harriette averred.

He could see the laughter sparkling in her eyes, behind the mock condolence, and sank still deeper into gloom. “Will the Margravine be pleased to invite me to the gig, do you think? She is not on the best of terms with my father.”

“Oh, that is all on account of some prehistoric pact that he would never marry. She’s not one to bear ill will,” said Craven.

“Berkeley won’t receive the Hun,” Bly reminded his brother, thinking it a good excuse for covering his mother’s refusal to believe in Lord Berkeley’s preposterous claim of the ‘first marriage'.

“Well, at any rate, be good enough to intercede with her on my behalf,” said Dursley. “The play’s the thing! There is a good deal more artifice within society than is to be found upon the boards. Mummers make refreshing company.”

“Oh, how right you are, Dursley!” agreed Harriette. “I am never so happily engaged as with a Shakespeare play.”

“I have no talent for economy,” lamented Harriette, “and am in terror of debt, or I should never have imbibed the nasty stuff.”

Three days later, three days of pacing and heart-searching and scathing reflection upon the caprice of the female sex, the Viscount received the following note from his enchantress:

Miss Amy Knight offers Lord Dursley many thanks for the eloquent game which made a splendid supper.

She hopes her performances will long continue to delight him and assures him that such tributes are the inspiration of her art.

Rejection! The wings of the Theatre Royal, Cheltenham, offered no such disappointment! ‘Flash blowens’, Bly called the frequenters thereof. Did Miss Knight know who he was? In all likelihood! His parents’ stupidity was the talk of the town, albeit they hobnobbed with the Pavilion set and were favourites of the Prince of Wales. Perhaps he should have sent flowers after all! 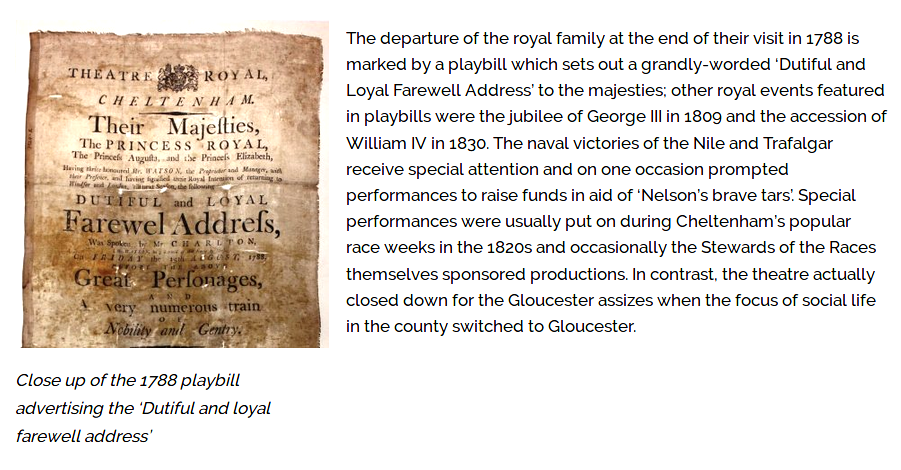 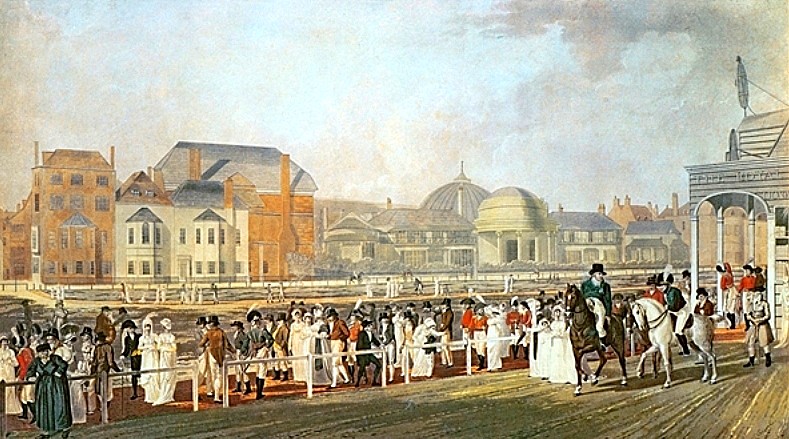