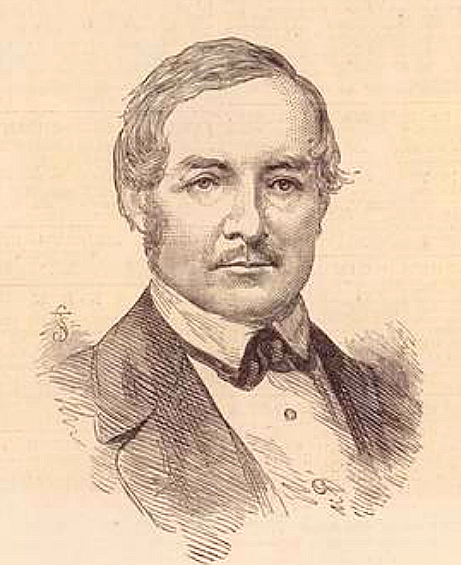 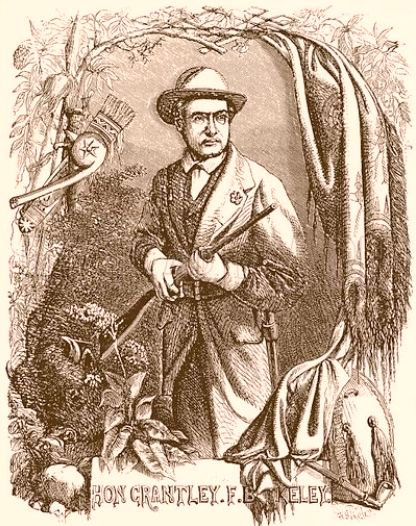 At Cranford House on February 10th of that first year of the century, George Charles Grantley Fitzhardinge Berkeley joined the sheepfold. Until then, its sole occupant had been Thomas Moreton Fitzhardinge Berkeley as representing the Earl’s legitimate offspring. A howl of rage announced George’s arrival. His puce form shook from top to toe while he punched the unresisting air with dimpled fists. His parents, on the whole, were glad rather than sorry about his coming, his father observing that at least here was a little mendicant who could be offset against tax, while inwardly lamenting the four who couldn’t. No increase of small fry would mend the prospects of Fitz, the senior member of the goat pen.

“None of you can hold a candle to him, can you, then?” incanted his mother, jiggling the chuckling infant up and down. Motherhood was her gift. Impartiality was not.

His parents decided to name the new baby ‘George’ in respect of the Prince of Wales who stood godfather, and of Admiral Berkeley, whose good offices they wished to regain. Both George and Charles were chosen from the family canon. Grantley commemorated his father’s confrère, William Norton, 2nd Baron Grantley and Commander-in-Chief of the British Army under the Duke of York. This gentleman was the son of a lawyer and erstwhile Speaker of the House of Commons, a choleric opponent of Regency, who had been dubbed Mr Bull-Face Double-Fee.

Whether these links imparted a bullish influence to his namesake, or whether it was the lottery of nature, the child early displayed corresponding traits of character and came to be called ‘Grantley’. His companion-in-arms of the sheepfold had received his name in tribute to Lord Moreton Ducie whose ancestors were bankers to King Charles I and whose seat at Woodchester had been visited by Queen Elizabeth on her way to Berkeley Castle.

Thus the Earl and Countess endorsed the hallmark of their offspring and embroidered their destinies in cloth-of-gold. Even while Grantley protested the confines of his mother’s womb and the House of Lords still fizzed with indignation at the folly it was asked to swallow, she had not scrupled to invite Sir Isaac Heard of the College of Heralds to stay at the Castle with the modest indulgence of a brace of pheasants and an assurance that her beds were well aired. The exercise had been an unblushing bid to pave the way to favours for Fitz and it had incensed his father. Garter King-of-Arms had prudently elected to give them the slip which further added to Berkeley's ire.

“I will not have you take such action upon yourself!” he stormed. “It should have been thrice discussed!”

“As you, my lord, discuss estate affairs with me! I’ve had the management of them these twelve years and you no longer trust my capabilities.”

“You are known for the Countess now. You have a public role  to perform and no leisure to attend to stewardship.”

“But no one, not even Mr Boodle, who will sting you with  inflated London fees, has your interests at heart as I do. He cannot administer country dealings from that distance, or know what troubles tenants in Gloucestershire. It makes no sense! While he remains in London, whatever trifle is wrong, I shall be blamed for it!”

That Edward Boodle’s uncle had been a founder of the eponymous Club, within whose doors Berkeley had staked and lost a good portion of his wealth, did nothing to furnish the agent with a recommendation, or ease Mary’s anxieties. “The future plan of the audit should be made by me, every branch of the estate under my direction, if our housekeeping is to balance. I have set on ten workmen starting the middle of next week.” 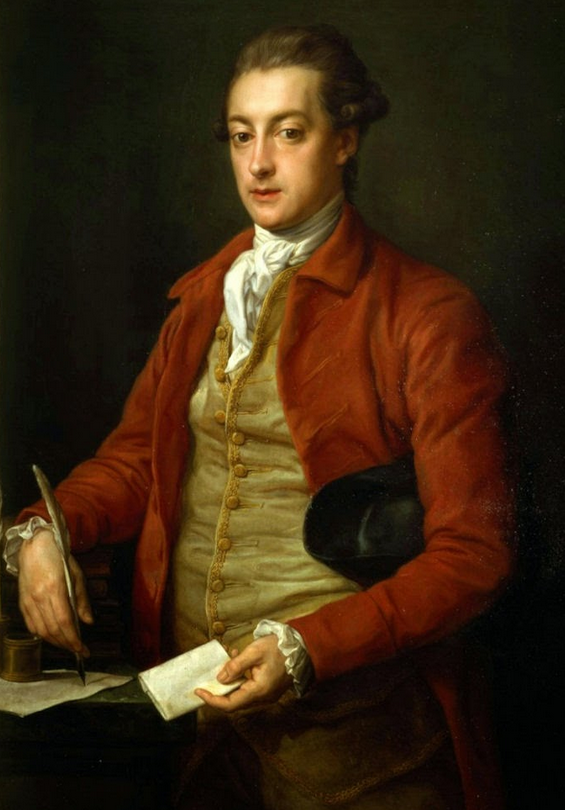 “The repair of the cottages must wait. I need funds!”

“Why! Why do you when you have mortgaged Cranford a second time? No, don’t tell me! You can’t have gambled it all away, Fred!”

He was almost of her father’s generation and there were moments when he felt like a miserable, shrinking schoolboy. Yet there was nothing formidable about her, apart from the determination to succeed at what she did and a blind insistence that she had never ‘taken the vapours’ and never would. Making a conscious effort to square his shoulders, he said testily: “I’ve  made transactions I am not prepared to disclose. It need not concern you. In fact, consider yourself relieved of financial responsibilities.”

“Pray do not cast me from you in this cruel way! While I fill the situation, shall our children have reason to complain of their mother?”

“I have never been answerable to anyone, let alone a female.”

Berkeley leaned his wrist on the mantelpiece, staring deeply into the fire, one hand nonchalantly supported upon his waist. The spit and flare of Corsican pine echoed his mood. His wife must not penetrate his granite reserve. They blamed themselves, they blamed each other, for what had gone on in the House of Lords. The hearing before the Committee of Privileges was a hurdle they had failed to clear, justifying their mismatched partnership and all the years they had sunk in keeping it afloat for the sake of their children.

For the children were its raison d’être, surely?

“If you cut me out, Fred, you will throw away the affection of her who has loved you better than herself,” Mary said in a lachrymose voice. “After the severe trial I have gone through in establishing our first marriage, I expected to rest my head upon you, and you only. From the long experience you’ve had of me, I didn’t think you’d take any steps without consulting me as your first, your only tried friend. My heart is wounded by your conduct when I am at pains to put your property into good shape. The tenants have a right to expect sound living conditions.”

He would undo all her labour! Twelve years of hauling him out of the mire! Of earning the goodwill of those who served him! He had no head for the handling of money, lest it were the fastest way to dispose of it.

“There is no more to be said.” Berkeley made to leave the room, but Mary placed a restraining hand upon his sleeve.

“Do not deny me this, I beg you. Allow me to acquit myself in Dursley’s eyes.”

“Ah!” barked the Earl. “Lord Dursley, is it? You will not make a man of him if you pander to his opinion, madam. Your predilection for him has led us to a woeful pass.”

There was jealous passion in his gaze as he snatched away his arm. She wanted to counter with a dozen ripostes upon the theme of his chicanery, how he had tricked her into believing herself married in the first place and how all their misfortunes had arisen from it. She said meekly, knowing that she betrayed a glimmer of guilt for her hand in their ploy: “I know and feel I never did essential wrong.”

“That won’t weigh with their lordships! I tell you, Mary, I am exceedingly nervous about this Bill on Dursley’s behalf. It will stir up another mare's nest.”

“I can have no fears on that score. God will protect me.”

“And if they do, we have still to confront the issue in another session.”

The House of Berkeley could not be divided for long if it was to stand for another millennium. 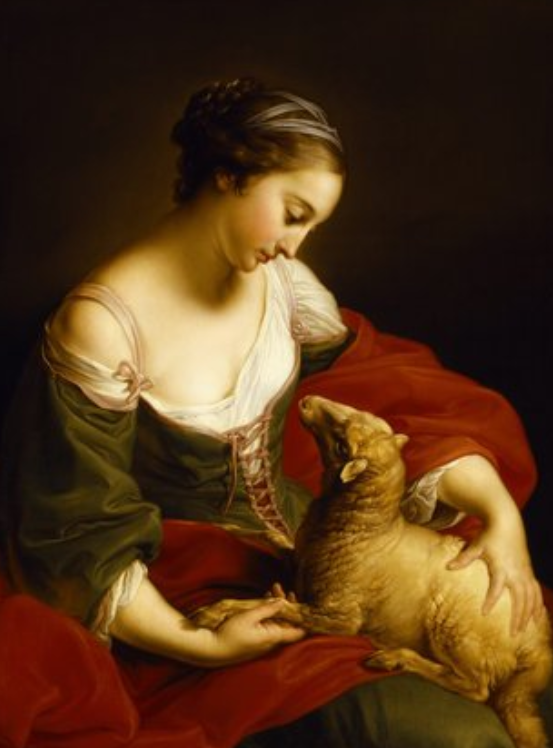 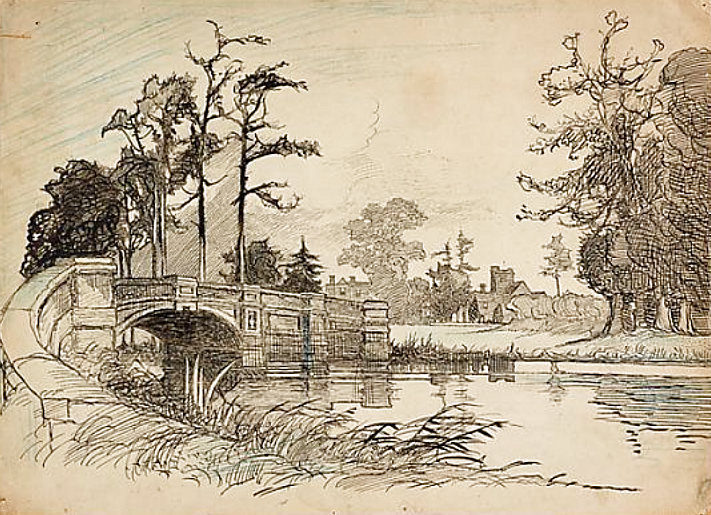