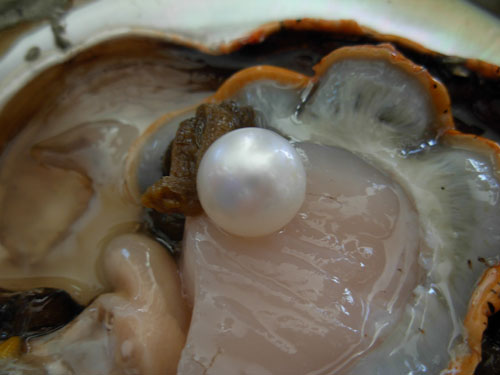 As October, Breast Cancer Awareness month, passes , I am revisiting a post first published five years ago. I hope it will give courage to any reader going through a similar experience right now.

The turn of events this summer has caused me to reflect on the nature of fear and how it distorts perspective. The chimera takes on a palpable form, prompting actions that aren't contained in an imagined world, but have negative consequences, even fatal consequences, in the human arena when released into the ether. What is war but fear of another's capability to destroy us, or to sequester those resources we deem essential to wealth and happiness?

Fear is the first and last enemy.

Behind every fear lurks the shadow of death. Death is many things and 'death' as transition from the mortal state may be the least of them. Death is what happens when we can no longer see those we love. But death assumes other guises, always vanishing from the corner of our vision whilst remaining unnervingly present in the wings. Fear of losing power, possession and control over circumstances, when a desired and seemingly philanthropic end justifies dubious and destructive means, isn't that the real death?

On November 1 (All Saints Day) I'll be undergoing surgery for breast cancer. Yes, it's the Big C word, but I'm lucky. It's not too far advanced and is not the most dangerous form. But there are critical complications as regards the actual site. I had no symptoms, so no inkling that anything was wrong. It was picked up by a routine check which is ironic because I feel healthier than for years. Since then, a series of scans and biopsies seems to indicate that, so far, it hasn't spread. I'm hoping and praying that lab tests after surgery will confirm that. Radiotherapy and some form of chemo are likely to be on the agenda but need a careful 'balance of risks' assessment for those approaching the 'season of mists and mellow fruitfulness'. I'm not at all sure I will opt for routine procedures.

As a vegetarian, almost a vegan, dietary strategy has needed only a little tweaking. It's been interesting how I've experienced cravings for those ingredients which will best fight off the disease (this, before I knew why!) Honey, lemon, cayenne*, pak choi, parsley, turmeric, green green leaves, apricots, almonds, brazils, black pepper, olives, berries, ginger, green tea, black tea, red and black grapes, Mediterranean herbs...organic foods, and goats' cheese which hides no harmful bovine growth hormone. These things not only strengthen the immune system, but some contain specific substances that actively target cancer cells and the way oestrogen acts upon them. There's a lot of academic research out there about natural aromatase inhibitors which has excited and intrigued biochemists. Dramatic results have been obtained on some quite advanced cancers. I guess it won't be long before pharmaceutical companies are patenting our hedgerows and vegetable patches as Monsanto has done with broccoli! This, aside from what can be achieved through professional homoeopathic treatment for individual constitution.

But I'd be lying if I pretended this blow hasn't been a roller-coaster, especially in the early stages. We need to remember, though, that nothing is a guarantee of life or death. We naturally look for securities, but to expect a settled life on this fluctuating planet is to be prepared to live with illusion. The only thing to do is to get on with living and look over this hurdle into the wide blue yonder. I can't do as some are able to do, deny the diagnosis – though, strangely, there is evidence that it may work - but I can, through the strengthening grace of God, deny it's power to instill fear and to prejudice the future.

I am not a victim. I am not a statistic. Statistics may illustrate broad trends. What is factored in, what is left out, who construes the results, all call for penetrating analysis. I am, quite simply, in the hands of God and grateful beyond words for the kind thoughts and prayers of friends, especially as family is small. Prayer keeps us afloat and prevents us from being pulled down into the undertow, no matter that the circumstances themselves may appear unaltered.

Two things I've learnt from the past. One, that some of the most joyful and enriching experiences arrive in the midst of trauma and crisis – how is that possible? Two, that there needs to be irritating grit under the shell for the oyster to weep its precious tears of pearl.

If you happen to be facing the enemy just now, I hope that some of this, and the quotes that follow, will encourage you. 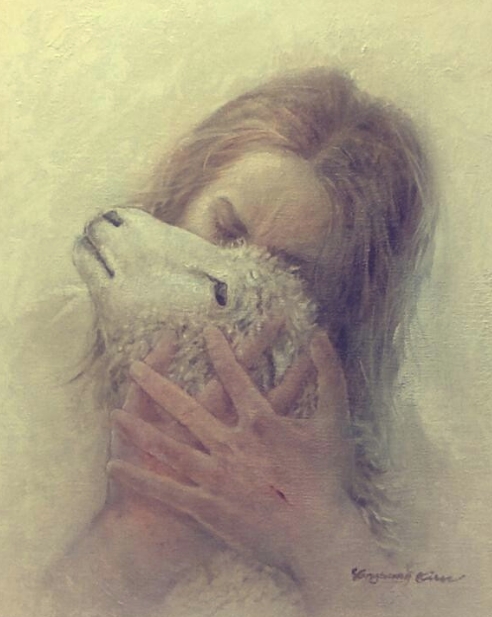 The cave you fear to enter holds the treasure you seek.

All is well, tho' faith and form/ Be sunder'd in the night of fear.

When we fear things I think that we wish for them... every fear hides a wish.

Fear is the parent of cruelty.

No passion so effectually robs the mind of all its powers of acting and reasoning as fear.

I will show you fear in a handful of dust.

Fear has many eyes and can see things underground.

Oh, we can populate the dark with horrors, even we who think ourselves informed and sure, believing nothing we cannot measure or weigh. I know beyond all doubt that the dark things crowding in on me either did not exist or were not dangerous to me, and still I was afraid.

The brave man is not he who does not feel afraid, but he who conquers that fear.

That's all it takes, one drop of fear to curdle love into hate.

A man that flies from his fear may find that he has only taken a short cut to meet it.

Peace I leave with you; my peace I give you. I do not give to you as the world gives. Do not let your hearts be troubled and do not be afraid.

*My blog about cayenne