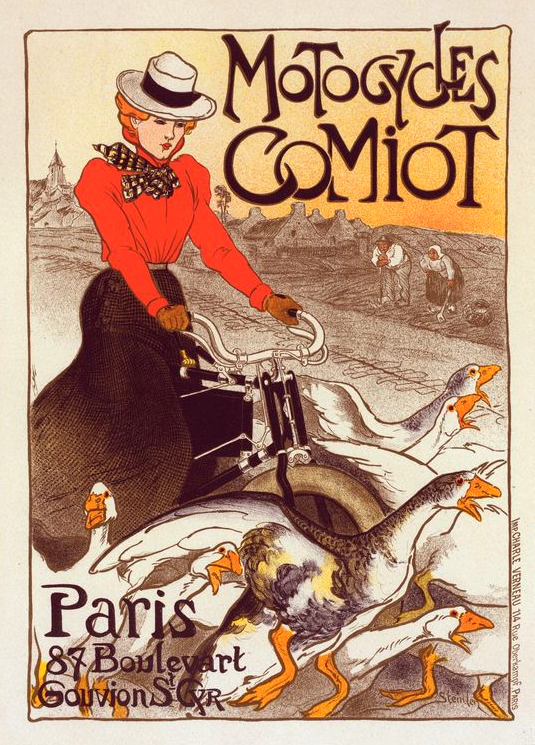 Measure not the work until the day's out and the labour's done.  Elizabeth Barrett Browning

I write therefore I am. To tweak Descartes a little. Even he had to take up the pen!

It's what I do, what I have to do. It is the oxygen of life. To live without it is to skate across the bewildering surface of things, loose in the universe and likely to come to grief.

Writing gives the whole of existence meaning, purpose and dimension. It also lends an overarching sense of direction, threaded with milestones. Rather than the reverse, it actually seems to expand time. Time may fly, but in retrospect, it feels as though distance has been covered. It's that thing where when you've travelled long hours in one day, you can't believe it was only that morning you set out.

In the beginning was the word...and I am in a glorious, perpetual struggle to construe the world as I see and experience it in words, to tame the worst of it and to catch the wonder of it as it flies. As Robert Browning's Fra Lippo Lippi says:

'...we're made so that we love
First when we seem them painted, things we have passed
Perhaps a hundred times nor cared to see.'

The epiphany first struck me when I was twelve and confined to bed at home and in hospital for a whole term with rheumatic fever. There was a lot of tedious catching up to do, copying from the work of exemplary pupils at the behest of our teachers. But along with the textbooks and essays came a barrel of goodies, among them a batch of paperback historical novels. English had always been my forte and soon I was itching to try my hand. I came up with a tale set in 1745, the year prior to Culloden – can't remember the title – in which the spunky and beautiful heroine, Kate Barclay (yes, that is somewhat clairvoyant, though the spelling is different!) and her heroic lover Ashley Somebody, attempted to locate smuggled treasure and were involved in a nail-biting chase by Bow Street Runners.

This colourful tale was destined to remain unfinished. It was back to school with an embargo on sports and dancing for a while. However, I had opened the door into a realm I never knew existed, much like Mary Lennox in Frances Hodgson Burnett's The Secret Garden. Here was a magical retreat from unhappiness. None could enter, nor demolish it. Having been confined for several months without the proper use of limbs, I realised that as long as there was mental clarity, this sanctuary need never be forfeited. 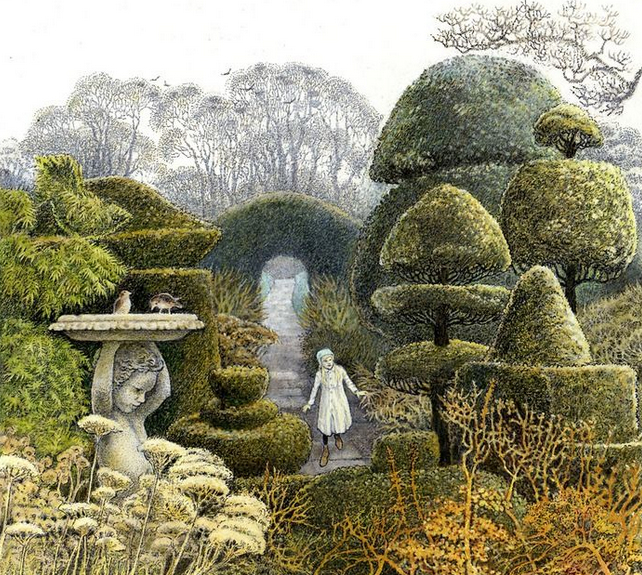 Well, that was then. The demands of education and the workplace took over the way they do. But I always assumed I'd be an author. I used to daydream during English Literature, as the sun shafted through the high windows on to my halting prose, about getting a novel published before the age of twenty-five. I didn't make it, but by the time my first book came out, the precursor edition of Next Year In Jerusalem, I'd written three novels which earned attention; four, in fact. One I discounted because it was a real muscle-loosening exercise and was too heavily influenced by Jane Eyre – which is surprising since I didn't care for that novel's air-starved longing.

The MSS went the rounds of a small handful of publishers. All responded favourably on sleek headed notepaper - they were different days!! - and described them as close to acceptance, while logging an interest in developments. The rejection slips were to come long after my early published work which included the first edition of My Mother Bids Me. I realised that an apprenticeship had to be served and was convinced I could do better. Of those novice works, only one remains and there are no plans to publish it. The rest were recycled long ago.

By the late eighties, Michael Sissons, the distinguished agent at PFD, was kind enough to see my published novels and called for an interview during which he encouraged the proposed novel chronicling the life of Mary Cole, 5th Countess of Berkeley, who quietly defied most of the female conventions of her day. She is remarkable for having 'done it her way' without openly rebelling against the social machinery of the Georgian and early Victorian era, while at the same time playing hazard with her life in order to prove her innocence and secure the succession of her firstborn. Mary was a woman of character, energy, acumen and beauty. She had a deadly enemy or two in high places (whose advances she'd eluded) but, on the whole, people seemed to fall easily under the spell of her amiable integrity. This, in itself, was enough to cause friction.

The literary agent might not have been so enthusiastic about this project had he realised it was to run into a trilogy, a form which poses many risks. It was the only way I could find the right shape for the whole story without departing from its biographical curvature, three lesser arcs inside one great arc. It took me some years to figure that out!

Unfortunately, my circumstances were changing at that point. Sissons told me that if I were ever on the breadline, it would create the impetus for real success! (He wasn't the first, or the second, to tell me that, either.) But my nerve failed. I needed to try and secure a steady income and, after seven or eight novels, two of them abandoned, the muse was beginning to stall. The phenomenon of 'overwriting oneself' described by Jane Austen was taking its toll and I shelved novel-writing for many years. You might think it was a case of that Shakespeare thing:

'There is a tide in the affairs of men,
Which, taken at the flood, leads on to fortune:
Omitted, all the voyage of their life
Is bound in shallows and in miseries...'

...but failure is far from what I feel. Life is what it is.

I have written in two genres, historical and literary, though mainly the former. Contemporary subjects tend to be addressed in poetry these days.

In abeyance is a 'modern' novel, Entertaining Angels, awaiting an editing window. It's the story of a dysfunctional family, struggling with the fallout of two World Wars in pre-Millennium Britain. The structure is experimental and I'm not at all satisfied with it.

There's also one volume of poems, The Twain, Poems of Earth and Ether. Two others, Mysteries of Light , Poems Through a Prism and Jericho Rose, Songs from the Wilderness, are in preparation. I'd been a closet scribe of verse for years, but had never thought to seek publication. This new venture is the result of an enthusiastic response to samples posted on the late Red Room site. The problem with entering competitions and seeking publication under someone else's imprint is that you aren't free to post your poems when and where you like (and where they might very well reach a larger audience!) 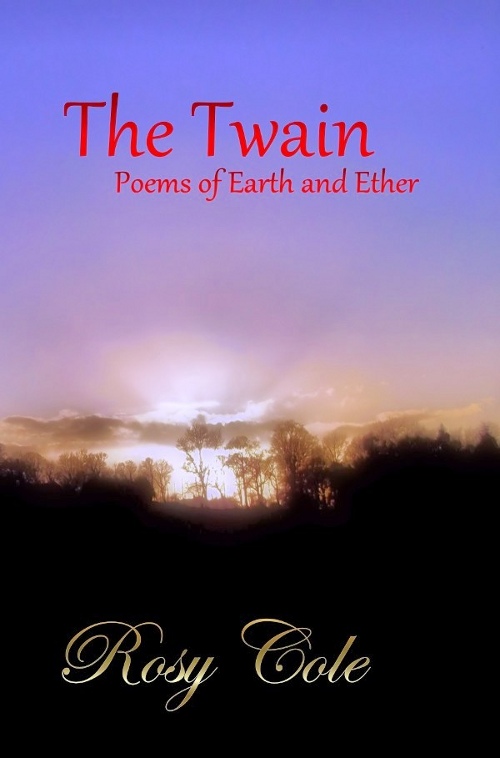 Writing has become a full-time occupation. This, together with in-depth research, blogging, designing, publishing and generally trying to keep abreast of mine and other websites on which my books have a presence, involves the greater portion of my waking hours.

New Eve Publishing was set up in 2008, with the help of personal contacts and kind advice from the Society of Authors, specifically Elizabeth Haylett Clark. I believe it's the only realistic option left for 'midlist' authors who'd rather not, or can't afford to, buy into any of the phenomenally expensive self-publishing brands now on offer. Fiction is chancy and the bottom line is that the industry, while it may take a gamble on clones of blockbusters, will seldom risk money on unknown names. This won't stop some authors tearing their hair out and trying to rewrite their stories several different ways in order to appeal to a volatile market. ('Marketing' - not a word that should ever be used about book selling. Books are not commodities, although they may be used as currency in questionable quarters.) Since New Eve began, there have been no submissions elsewhere. I don't want to view indie publishing as a default position, but a worthy enterprise in its own right. There is an important distinction here. Future non-fiction may prove a different matter.

Age can also be a drawback. A Maginot line around the forty mark is widely suspected. Contrast that with the advice when I set out: Never attempt to write fiction before the age of thirty. You won't have digested any of your life experiences before then. This gives writers a ten year window to make good within the frustratingly pedestrian book world.

It is rewarding to be in control of the whole creative process of book production. The schedule does fall behind with unexpected life events, but there's no contract to lose. While actual book sales have dwindled in latter years -  time was when even libraries would buy a few! - I'm hardly worse off than mainstream. To offset that, there's consolation in a steadily expanding readership via websites, downloads (mostly the free ones!) and Social Media which wouldn't be an option with contractual obligations. After all, that's what writing is all about. Who knows whether books languishing on library shelves ever get read? PLR is a very limited index. Admittedly, the door is virtually closed to any prospect of subsidiary rights. Three-book deals may be pie in the sky, but a little supplementary income wouldn't go amiss!

As well as having been a publisher's reader, I do have a modicum of experience in publicity and promotion. This is no easy ticket where a writer's own work is involved. And it's time-consuming. Would a publishing contract relieve the pressure? And does a contract automatically mean publication? To both questions: not these days. The old publishing model isn't going back in the box and the new has no framework for authors to develop any sort of career, much less, flourish. While Amazon is perfectly happy to operate the way it does, with it's euphemistic 'new and used' marketplace, enabling a loophole where royalties do not have to be paid, book publishing right across the board, and fiction in particular, will flounder, despite that some areas of the industry insist on making it look prosperous. Where would it be without films?

Right now, it's about the Long Game. The Life Game. To be responsible for the process yourself - with the generous advice of others - doesn't cost the earth. Yes, it's a steep learning curve and a challenge to your skill-set, but it's a great boost to confidence. It really is like pulling into the fast lane and seeing obstacles disappear in the rear view mirror.

So, as long as I'm blessed with a functioning brain, I'll keep writing. It's my vehicle. If you're reading this, maybe it's yours too. If so, make sure you enjoy the ride!

They say it's the journey that counts. 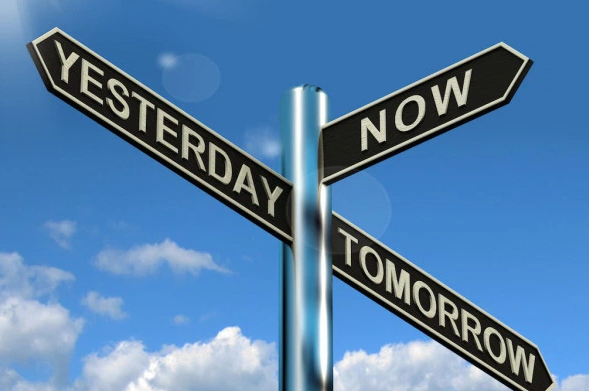 Here's a crystal clear Guardian article on the subject of writing and publishing. Though it concerns children's books, the wisdom holds good for authors in general, especially those who write fiction.

Salient quote: 'If you weren’t happy before you had a book published then you won’t automatically be happy after. And no one really warns you about the hard work involved in being an author: the rewrites, the self-promotion, the disappointment and relentlessness.'

And be sure not to miss To Be Or Not To Be Agented, That Is The Question

Salient quote: 'Publishers have eliminated midlist authors, she told me – the authors publishers traditionally expect to grow. But now they don’t grow writers. Instead they are looking for one hit wonders.'