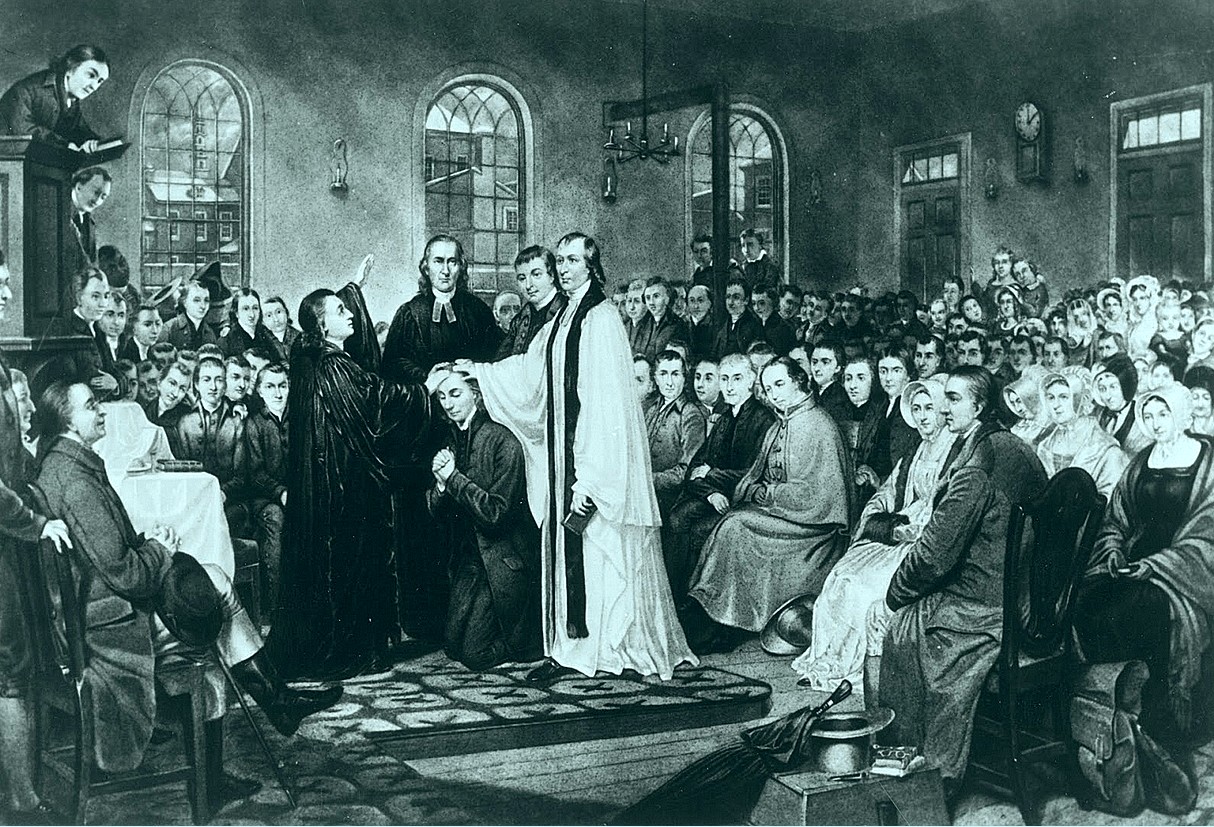 Ordination of Francis Asbury by Dr Thomas Coke at Baltimore 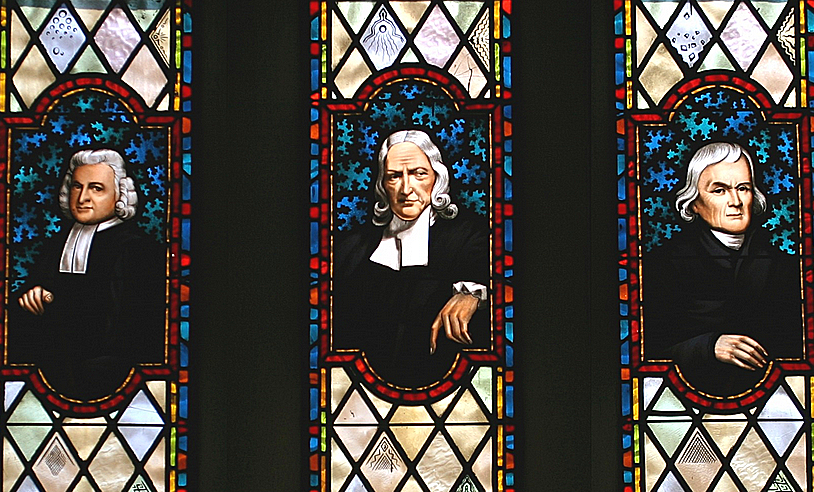 The Methodist Church was now a distinct entity with a second or third generation of itinerant ministers and a scattering of clergy drawn from the Anglican fold. Whether rightly or wrongly, John Wesley had committed a definite act of schism when, in attempting to make disciples of all nations, he had himself conferred Holy Orders on the Welsh pastor, Thomas Coke, who was bound for America. Furthermore, he had given him  authority to perform the same rites on others.

"Wesley should not be blamed," said Matthew Dalley over supper with William the night they heard that Napoleon Bonaparte had been captured and imprisoned on Elba. "The Church has no fire in its belly. It answers neither the spiritual nor material needs of  the lower classes. Nonconformists are doing the lion's share of the work."

"It is grievous that these things cannot be accomplished within the Anglican Communion. It is, after all, our heritage. How can it stand so aloof?"

The subject occupied William's mind day and night and was underlined by a particular experience in the village.

It was his custom to put by at least a tenth of his income for the work of God in and around the parish. He had helped to set up a number of Sick Clubs, but the problem with them was that subscribers could frequently not afford to keep up their dues.

Learning of the acute distress of the Cart family, he paid them a visit. A prolific household, they were crammed into a tiny cottage that had to accommodate a rented stocking frame. Last winter, Thomas Cart, the father, had met with a disastrous accident. Faint from exhaustion and the sloe gin consumed to stave off pangs of hunger, he had lost his balance and slumped into the machine which was being operated by William, one of his sons. The result was a ghastly wound to his forearm which his wife bathed in rainwater and dressed with strips of cloth from a ripped-up apron. "Lord 'ave mercy!" she shrieked, "What next? This will have to do, Tom. I daresn't go callin' the doctor in case he charges us."

Luckily, a major artery had been narrowly missed, but when the blood was eventually staunched, the injury festered, gangrene set in and he lapsed into a fever. Then Cathy fled in panic to hammer on Matthew Dalley's door. "Please, please, Dr Dalley, sir, come quick as you can! My poor hubby's done himself a terrible mischief and is mortal sick of a fever!”

Matthew was a philanthropic soul and readily obliged. While Cathy wept copiously and sucked her knuckles, Tom was tied to the kitchen table and the putrid limb sawn off. Matthew gave her sixpence to buy bread and bones for broth and was gratified to see Tom recover with amazing speed. But he soon grew frustrated and morose at the misfortune which had unmanned him and it was rumoured he had lately taken to opium. 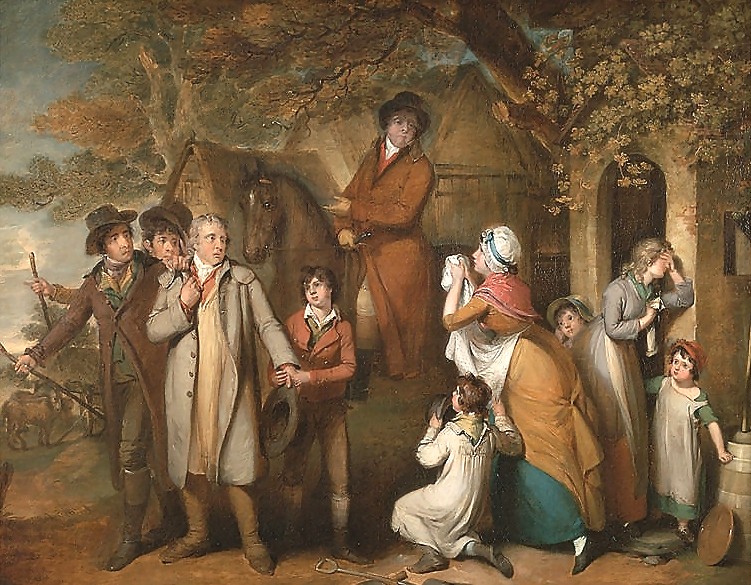 How are you managing, Cathy?" asked William as the flustered matron surrendered her threshold to reveal a room pent with low black beams. He noticed how the grime of poverty had the same cankerous smell as well-handled coins.

"Oh, Mr Cooper, if we can stay out of the workhouse, that's all I ask. A bit of extra darning and washing and child-minding sees us through now that Harry's out learning the wool combing."

Harry was Henry, the eldest of the brood, a solemn lad close on twenty. The rhythmic din from the next room was evidence that his brother was hard at work on the frame.

"What a blessing that William's an industrious fellow."

"He's down The Blue Bell. Cheers 'im up a bit, having a sup with his friends. Though I could wish he'd remember which roof was his own!  Oh, tis not only Tom's accident, Mr Cooper. There's the fall-off in trade. What with the war and then these fancy new fashions. There's no call for stockings nowadays and no profit in socks.

"When I was a youngster, Cathy, " William reminisced, "there was plenty of casual labour to be had, stubbing thistles on the common, clearing thickets, scaring crows. You could sell a live hedgehog for fourpence and easily get tuppence a dozen for dead sparrows. Everyone had a place in the community: folk pulled together. But that way of life was swept away with the Enclosures. Now it's every man for himself."

A gaggle of children, both her own and her neighbour's, started clamouring around Cathy's knee, whining for the contents of the stockpot and eyeing the visitor with fascinated suspicion. One's boots were mud-caked from hoeing up turnips, another's fingers were red-raw from long stints at yarn winding, yet another had been sent off as a chimney sweep. 'Suffer the little children...' William thought, looking into their appealing but not-quite-innocent faces. It was only education and a sound knowledge of the Holy Bible that could wrest them from the trap of grinding toil.

"Cathy, if you and Tom could spare the time to come to service on Sunday, we'd be mighty pleased to see you. You'd learn how the Lord Jesus can undertake for you in your troubles. Meanwhile, I hope you'll accept this," William ended, pushing three florins into her hand.

Just then the door was flung open and Henry filled the room with his forbidding presence and shock of fiery hair. "Give it back, Mother! We'll not touch his charity with a bargepole! We ain't on the Parish, yet, Squire."

Cathy turned pale with dismay. "Harry!" she cried. "Hold your tongue, do!!"

But Henry was riding and no one could stop him. "We don't want your sort here, bribing us with your dole, thinking you'll get into heaven on the backs of poor folks."

"I can assure you that I glean no pleasure from your hardships. At the chapel, worshippers from all walks of life are welcome."

"Chapel or Church, it makes no odds," snapped Henry. "Parson Morgan deigns to send his curate down here to read the Scriptures and tell us what sinners we are. What do they know? Vicars don't practise what they preach. They're holed up in fine houses, away from real life. A piddling trade, that's all it is." 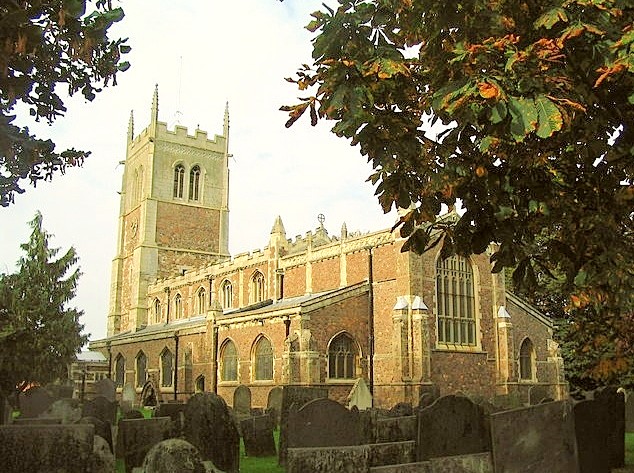 "Perhaps you are wrong, Harry," William said calmly, "to tar us all with the same brush. The Lord himself did not see eye to eye with the Establishment of his own day. Only taste and see that he is good."

Later, William's intercessions on behalf of young Henry Cart were not brief. Here was an articulate youth, railing against hypocrisy and his own sour conclusions about life. William prayed that they would not slew his thinking any longer. 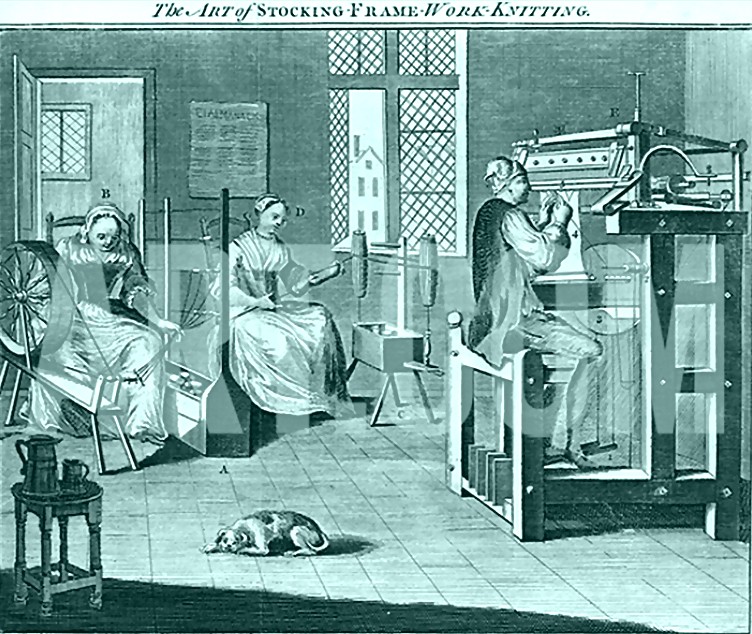