Over the teacups, the ladies discuss their menfolk and ponder some vexing issues. 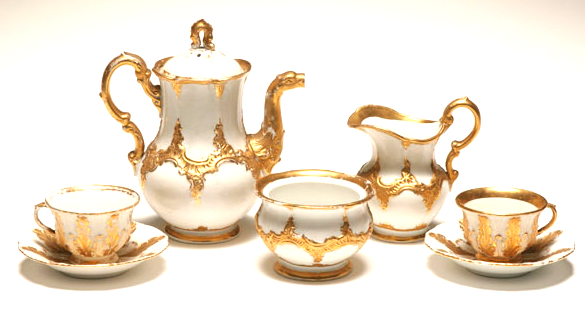 All the Berkeley children ventured within these walls from
time to time, but Henry, Moreton, Grantley and little Mary liked
especially to romp with the younger FitzClarences, Dorothy
Jordan’s children by William, Duke of Clarence. Mrs Fitzherbert
was a close neighbour on the Steine and would bring Minnie
Seymour to join their nursery games with spinning tops and
pebbles, or play hide-and-seek and put on gloved puppet shows.

Sometimes Mrs Fitzherbert arrived ever so discreetly and it was
whispered that there was a secret passage from her house into
the royal apartments. While the womenfolk discussed linctus
and dancing lessons, weaning and morning wear at one end of
the Long Gallery, the gentlemen mixed whist and politics at the
other, else went on a tour of inspection of the new domed Riding
School and stables which equalled anything those Habsburgs in
Vienna could boast. 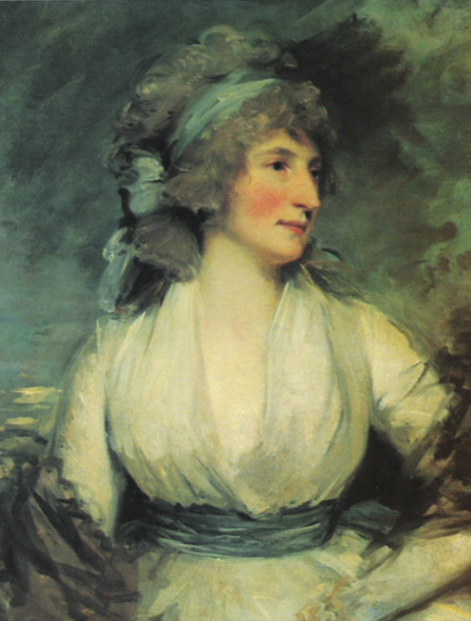 Mary found a soul-mate in Maria Fitzherbert and also enjoyed
the gentle society of her sister, Lady Haggerstone. Dora Jordan
was always sparky company, a good sport who could handle
any situation with pithy humour. The Duke must have been in
stitches half the night! It occurred to Mary that these three ladies
were Catholic-bred and therefore inclined to be in tune with her
own upbringing.

One afternoon, when the Prince had gone racing up to London
because the King had some bee in his bagwig about the
education of the Princess Charlotte, leaving his brothers William
and Frederick in residence, these women found themselves
taking tea together. Mrs Fitzherbert (‘a fine doorful of a woman’,
as Dora described her behind the scenes) confessed her dismay
at the tussle with Isabella Hertford’s lawyers over the wardship
of Minnie.

“It was her mother’s dying wish that the infant be entrusted to
my care.”

“How painful it must be, ma’am, to think of losing her now,”
said Mary.

“Indeed, but I think Prinny has prevailed with Isabella and we
might reach an amicable settlement, though I could wish he had
asserted a little less charm! Thankfully,” Maria added at a
discreet volume, “the liaison quickly waned, for it is
insupportable to share one’s beloved with a third person, do you
not think?”

“We women are forgiving creatures,” sighed Frances
Haggerstone. “We must turn the other way with good grace, or
grow vexed and shrewish.”

“Why, faith!” cried Dora, “be hanged to that! I’d lace his port
with jalap of an evening. He’d be sure to spend the night in the
closet!”

The four women chuckled together. “I think that might be
accounted treason,” demurred Maria.

“His grandfather died in the closet, though not of an overdose
of jalap, I’m thinking!” 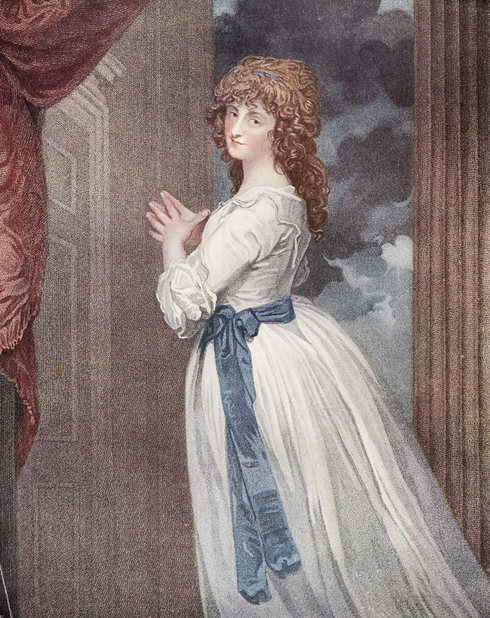 Mrs Fitzherbert sat back in her Sheraton chair and rested her
saucer against her ample bosom which nicely fielded spills from
the bone china cup hovering somewhere above it. “Yes, we must
overlook the peccadilloes of our better halves. But His Highness
did promise the Pope that he was a reformed man, else I should
not have been able return to him.”

“You might as well whistle a jig to a milestone if you expect
fidelity from Adam’s sons,” reflected Dora.

“Dear Maria, you were nothing short of saintly in making way
for the Princess Caroline when Prinny sought to do his duty,”
said her sister.

“And we all know what a disaster that was! When I think of
that poor child shut up at Windsor with hardly a glimpse of her
parents, I cannot help but compare her situation with the
freedom enjoyed by my own dearest Minnie.”

The group fell dutifully silent. They all believed that Princess
Charlotte and Minnie Seymour were half-sisters and that it was
not their prerogative to comment.

“Ah, no man ever wore a scarf as warm as his daughter’s arm
around his neck,” claimed Dora. “His Hoighness can’t be blamed
for wanting the little Princess removed from Blackheath. The
goings-on!”

“I can only think them exaggerated,” Mary remarked. “Would
our future Queen behave in such a wanton manner?”

“You are a good-hearted creature, Lady Berkeley, but make no
mistake where the lady of Brunswick is concerned there’s no
smoke without a conflagration.”

“What about the choild?” offered the actress for mutual
consideration. “He sleeps in her bedchamber, they say. She
didn’t find him under a gooseberry bush, now.”

“At least she doesn’t call him Master Guelph,” Lady
Haggerstone commented. “She has a dozen others housed
nearby who live by her industry in the vegetable plot.”

“An admirable use of her time and energy,” said Mary. “To
alleviate a little of the nation’s poverty is not to be despised.”

The chatter went on in this vein for a good hour when the
Countess of Berkeley begged leave of the party and took her
fledglings off.

“Who would have thought her a chambermaid?”

“Hence her empathy with the destitute, Fanny.”

“I can’t think what she’s doing with that old rogue, Berkeley,”
declared Dora. “I reckon she bolted her door with a boiled
carrot!”

“Much as you did, my dear, with William,” said Maria,
looking down her long amiable nose. 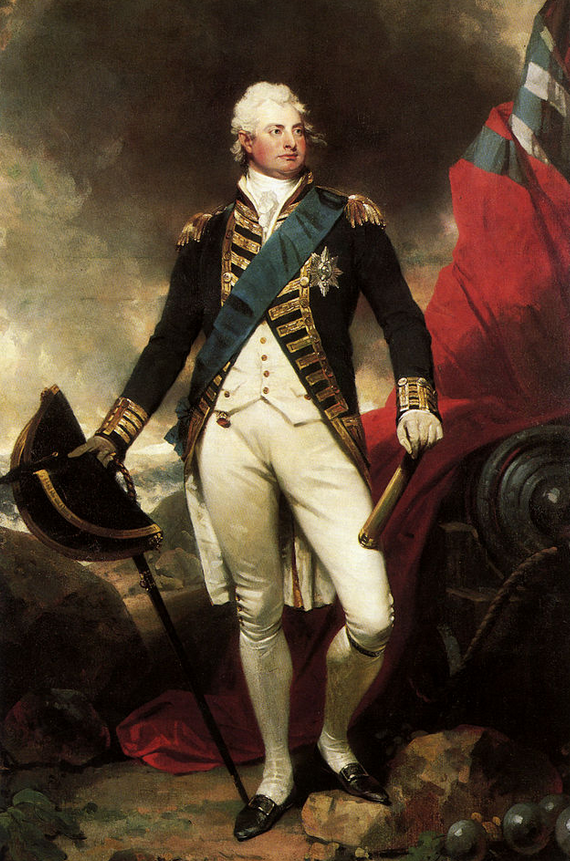 "Now if anyone's a reformed character, it is the Earl,” observed Lady Haggerstone.
“His wife has woven quite a spell about him.”

The subject of the Berkeley Peerage was not aired since Mrs
Fitzherbert and the Prince of Wales had aroused scandal of a
similar kind.

“How well Lord Dursley fills his father’s old shoes,” Dora
said. “That one was dealt a double dose of Original Sin, to be
sure. All the eligible mamas-in-law are locking up their
daughters.”

“Not with boiled carrots one trusts.”

Lady Haggerstone shook her head. “Mr Fox was saying the
other day that if only the silly fellow had not been expelled from
Eton, something might be made of him. He has many
accomplishments which would be of service to himself and the
nation.”

“Aye,” said Dora, “twill be of the bruiser, the pickpocket and
the highwayman. He’s made a fine art of it!” 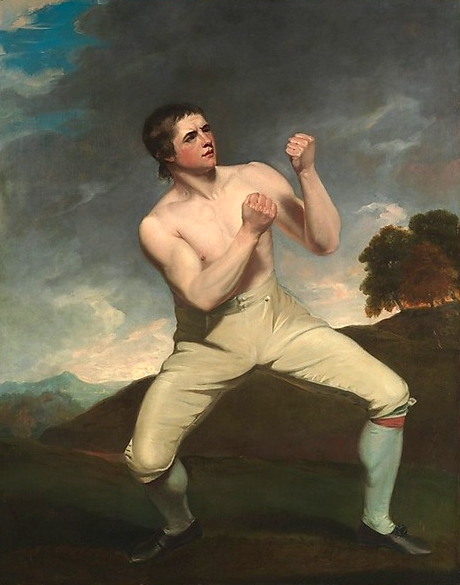