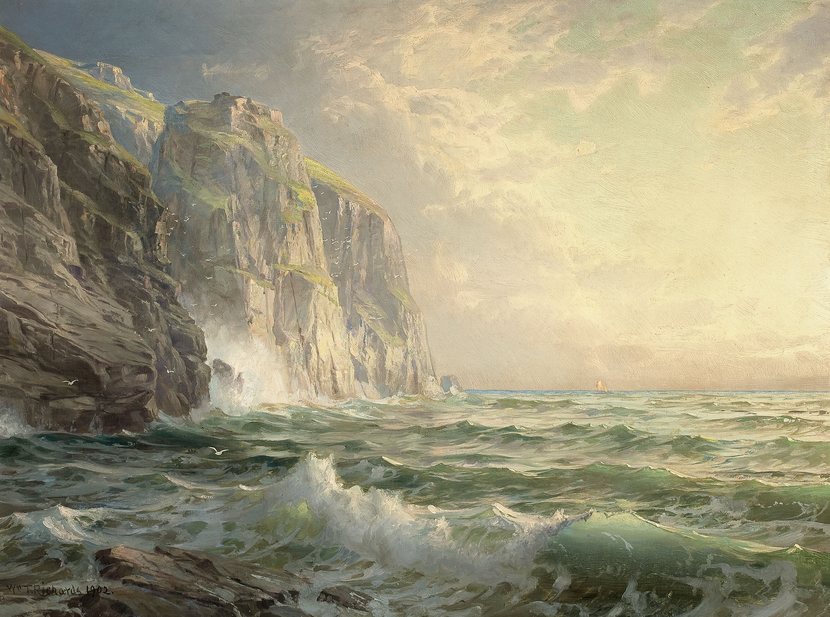 It is not ocean that separates

where nothing can happen but

or afloat, the bridging of gaps

by the famished and fugitive

from blighted crops and die-hard dogma,

forging a link in the chain

while billows from the opposite shore

and, in a blue-green crescendo

that flares with diamond spume,

crash on the jagged Celtic

littoral of the British Isles

But the seething earth which parts coast

from coast, a landlocked tempest.

exploitation of its wealth

and mark out territory, asserting

the right to proliferate

and consume with wanton pride,

occasioning all manner of obstacles

which demand rites of passage

in a bid to conquer tribe and canyon

as they push 'from sea to shining sea'.

I hear the echoes in your voice,

as in a seashell singing of its element,

of King Arthur and Tintagel,

of Patrick, Fingal and Columba

You breathe the mellow iambs

of my ancestral past, the snapshot phrases

and close-fashioned tones of our Mendips,

where cream tastes of the world to come

and the blossom is of cider apples

rather than the cherry tree. The wooden presses

creak and leak and flow with the memorial elixir

of the Old Country,

allowing one thousand leagues of sea

to be forded in a single heartbeat.

Title poem from The Twain, Poems of Earth and Ether