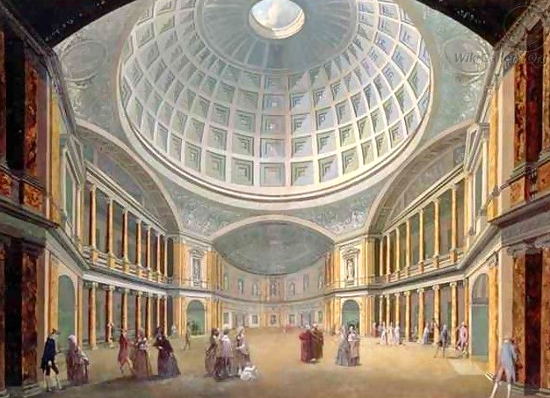 They jogged and crawled by turns through the winding alleys and came shortly to Whitecross Street where they were ushered inside Mrs Fraser’s quaint oversailed cottage by the good lady herself. She was a small, buxom individual, childless, whose reddish hair was threaded with silver. For all her piety, she was a cheerful soul ready to think well of mankind. The sisters did not hesitate to trust her. Even Susan, who was prepared to do battle with anyone who tried to control her, found her disarming. Of Fraser there was no sign. He was a Major in King George’s army serving in America and his longsuffering wife had not seen him in several years. His Majesty was obstinately clinging on to his dominions and, though it was more than a twelvemonth since General Cornwallis had surrendered at Yorktown after the British defeat by the French at Chesapeake Bay, the peace treaty was still unsigned.

The guest room was spotless. The girls sluiced their hands and faces at the washstand and then, as Mrs Fraser had bidden, went down to the kitchen where she laid a neat gingham cloth on the table and plied them with bowls of frumenty, spiced ham and coffee. Then, after a reviving nap, they wanted nothing so much as to learn their way about London and discover what work there was to be had.

Mr Benjamin Parsons had warned them that it would he easier to find independent vacancies, and he had been right. Advertisements were duly penned and inserted in the Morning Chronicle. For three days in a row, the Coles trudged the streets, rapped on countless doors and fled from a drunken butler brandishing a poker. Never, even in the depths of her later misfortunes, was Mary to feel the portals of privileged folk so relentlessly closed against her. Surely someone in the whole of the capital needed a brace of serving girls!

Their spirits and their shoe-leather quite worn down, Mrs Fraser proposed a cheering diversion. “Now here’s a thing, lassies, to make your faces blithe,” announced she, waving some deckle-edged cards.

“A masquerade at the Pantheon!” Susan exclaimed.

“Oh ma’am, how excessively kind,” Mary said in delight, “but you should not have put yourself to such trouble.”

“And why not,” she twinkled, “when I’ve long sought an excuse to go there myself?”

Susan bemoaned that they had no disguises to wear.

“For my part,” Mary said, “I shall be more than content to sit and watch.”

And so on Shrove Tuesday evening, they made their way to Oxford Street and mounted the steps of the building reputed to have the most gorgeous interior in London since Wren built St Paul’s. It was a popular place and had been hailed as a ‘winter Ranelagh’ when it opened. Mr Wyatt, the architect, had adapted the design from something similar in a far-flung corner of the Byzantine Empire, but no one knew that at the time and he was considered a genius, that was before he was seized of a craze for the Gothic and ran riot all over England with his towers and battlements.

To girls fresh from the country, it caused a sensation. Their landlady herself gasped in disbelief. It was richly carved and gilded, just like a cathedral. Under a vast dome, the main hall was encircled by a wide balcony supported on marble pillars and decorated with a frieze depicting scenes of Valhalla, all brought to life by a galaxy of candles. Statues posed in niches about the walls and green and purple lamps created a mythical gloom for the merriment of the masque. A quadrille was beginning and the dancers, an assortment of characters from history and fable, pointed their toes in unison. Harlequin was accompanied by his Columbine; Robin Hood partnered Good Queen Bess and Nell Gwynn was honoured by Othello whose boot-polished visage had no need of a mask. Many of the ladies wore simple dominoes: eyelet-holes gleamed above scarlet mouths emphasised by black patches and complexions made pallid by litharge of lead. 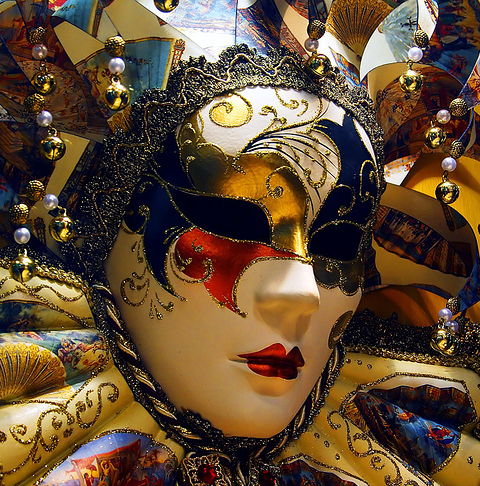 Stationed upstairs, Mrs Fraser and her charges sipped lemonade and watched the fun, but before long, some bold rascals were calling them to come down.

“How I dislike being a wallflower,” Susan complained. “I’ve a mind to join them and so should you, Mary.”

“What a damp you are! You’ve no sense of adventure!”

Their chaperone smiled and seemed to approve. “Tis but a foolish spree, child,” she said soothingly. She was prevented from saying more by the appearance at her side of a sturdy Highlander who bowed and requested the favour of an introduction. “I am James Perry,” he informed her, removing the mask from an honest-looking face, “a student of law lately entered at the Inner Temple.”

“And a forward fellow indeed,” added Mrs Fraser with a touch of arch humour. “That’s a Cameron tartan you have on, for I was one myself before my marriage to Fraser.”

“Tis true, I’ve no right to the colours,” James Perry admitted cordially. “You must put down the liberty to admiration of your stalwart clan.”

Having begun on this agreeable footing, Mrs Fraser was content to let him whisk the girls into the fray. He was personable and courteous and she quickly warmed to his Gaelic charm.

Mary went reluctantly, Susan’s reproof ringing in her ears. Mr Perry borrowed a couple of pitchforks and sunbonnets, decking them out as haymakers and the elder Cole went prancing about the hall chased by a golden-masked Apollo who roared: “Make hay with me, my beauty!”

Mary tried hard to enter into the spirit of the evening, but was ill at ease. So many false identities! Milliners’ assistants passed themselves off as fine ladies and Dukes’ daughters as opera-girls. So many bold advances! Faces with a fixed anonymous leer sprang forth from a netherworld shade. Some of the revellers were dancing a boisterous Sir Roger de Coverley and were rolling about the floor and kicking one leg in the air as if they had tumbled out of a Rowlandson cartoon. It was all as far removed from the Lammastide reels in the barns of the Cotswolds as it was from the sedate minuets in the drawing rooms of Mayfair.

Sensible of these feelings, Mr Perry steered Mary by the elbow into a corner where they sat down on a bench. She must have seemed as starched and sober as a Puritan to his sophisticated eye, but she had never been able to pretend to be what she was not. She preferred simple clothes, muted colours, and could not forget she was in mourning. Nature had not fitted her to pose and posture, though she might admire a well-bred lady in the pink of fashion as heartily as any man. “Miss Cole, what troubles you?” he besought her gently. “I perceive that yours is a bright and happy disposition, yet none of this is to your taste.”

“Oh sir, if only I were really haymaking back in the West Country!” 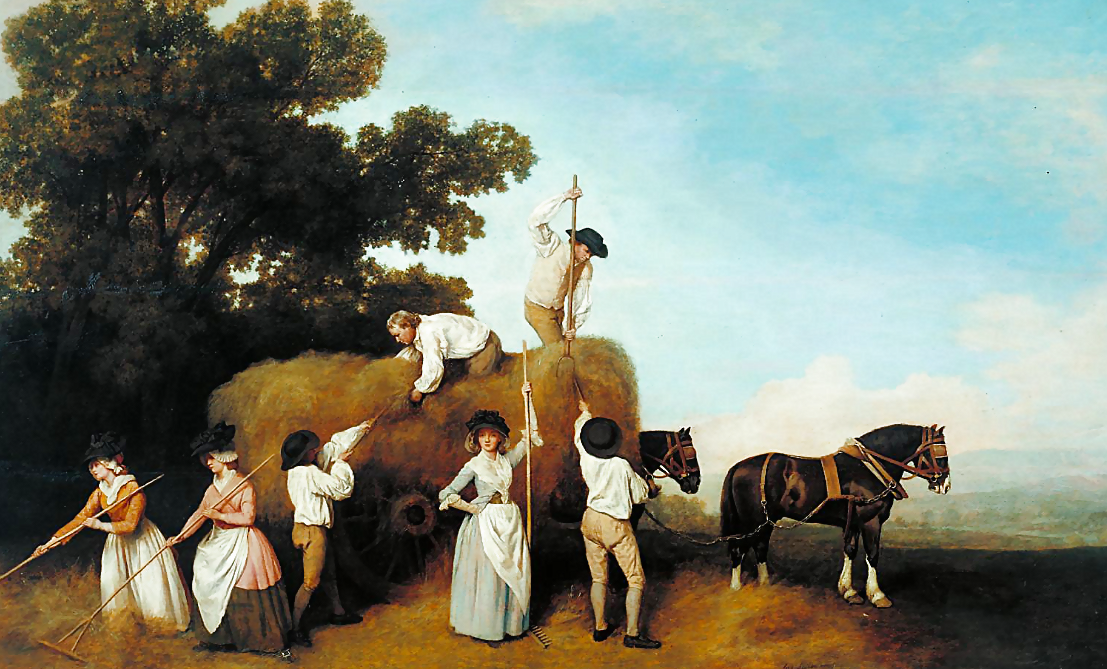 “Och, is that where you’d rather be?” he said, amused. “Those lily-white hands were not made for labour.”

Whether he mocked her, she could not tell, for though her hands were pale and slender, they were ingrained with the tell-tale grime of potato peeling and blacking sessions upon the kitchen range. She explained how poor Pa was laid to rest not a month since, and that her mother was as destitute as any widow could be whose husband had been engaged in a competitive trade. She told him how she and her sister had searched high and low for employment, but it seemed that they must part and go different ways. “Our purse is already run out,” Mary ended dolefully, “and there is no one to whom we can turn.”

This pathetic appeal was not intentional: the anguish of manifold loss in that moment overwhelmed her. The shadow of the workhouse loomed. Mary saw the two of them transported to some grim cotton mill under dour Northern skies where they would never see the light of day nor England again. For Susan, it was a wry joke. She refused to entertain the possibility for a second. Her sister’s austere integrity astonished her. Did Mary not understand how boldness would well repay in this world’s coin? It was the falterers who were left to underwrite the losses.

James Perry was moved by Mary’s sincerity. He shuddered to think of the snares and temptations to which impecunious young females in the city would be exposed. “Fret not, lassie,” he said roundly. “I’m not entirely without good friends. A word here and there and we shall see what can be done.”

In an access of gratitude, she seized both his hands. “How kind you are, dear Mr Perry!”

“Do me the honour of calling at my chambers in Clement's Inn the day after tomorrow. And keep that smiling countenance. It suits you well.”

That night, Mary slept with a lighter heart. 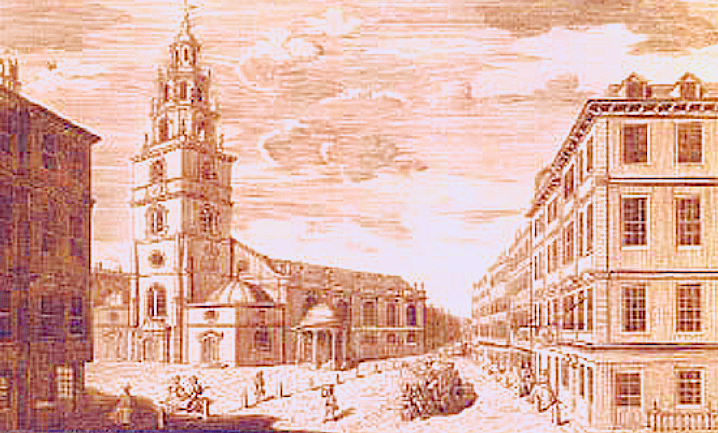