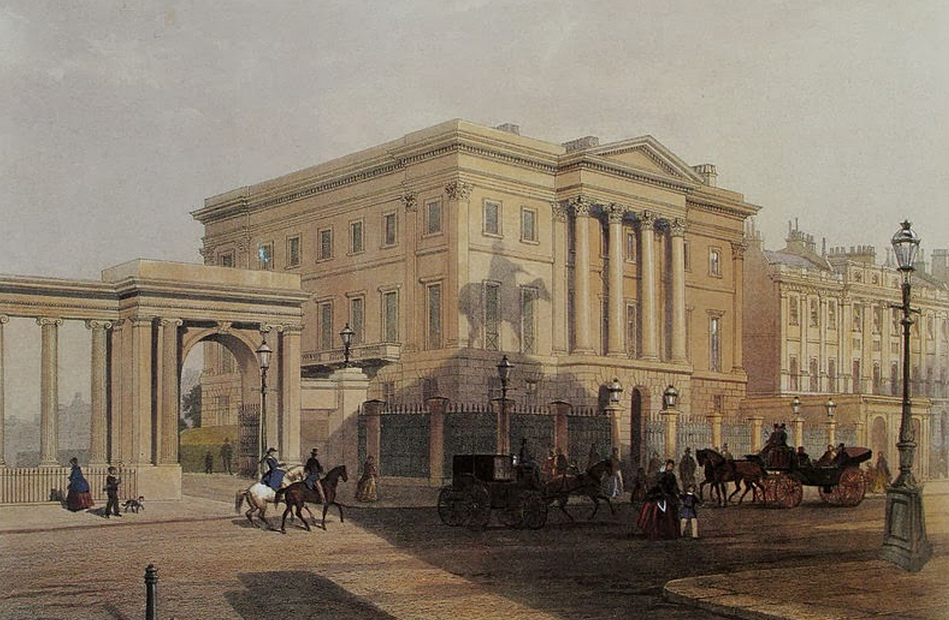 Secrecy remained the byword. After residing briefly at several Mayfair addresses, Berkeley commissioned Captain Prescott to take a short lease on the property in Park Street which Maria Fitzherbert had occupied. In fashionable circles, the lady was now treated as the consort of the Prince of Wales. She enjoyed sumptuous living at Carlton House and its environs and maintained some independence by retreating to Marble Hill, Richmond, whenever she desired, or when the parliamentary temperature was raised. There was ongoing speculation about whether they were actually married. Well-connected hostesses bowed to the Prince’s wishes that they be invited as a couple. The Queen, however, could not upon any showing receive Maria at her Drawing Rooms, but the rival camp of Cumberland House, where the wit was sparkling and the society invigorating, was ready to exploit the rupture. Mary was not aware of any of this, or that the illicit contract between the Royal Heir and his troubled muse had taken place in the drawing room one night before Christmas.

By early summer, when the hedgerows were curded with blossoms, it was clear to Mary that a child was coming and her feet were firmly planted on a new path. Living alongside Lord Berkeley was now the established mode. She determined, the more earnestly for her transgression, to be a good and faithful wife to him and was not unduly distressed by the advent of motherhood. In fact, truth to tell, she looked upon that germ of life within as an extension of her own flesh and blood that would not play her false. 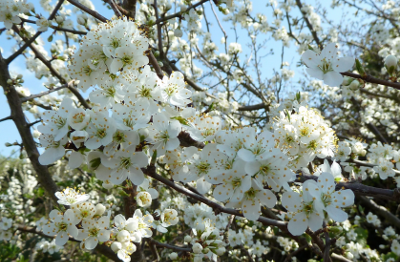 Lord Berkeley took Mary for regular airings in the Parks in an open landau sporting the Berkeley pompadour, though he did not introduce her when accosted by passing friends. These outings taught her to care only for the dictates of her conscience. There was an intrinsic rightness in procreation, a kind of expiation. But as the months passed, she grew uneasy on account of the child. Surely, their wedded state must soon be revealed. What loving spouse could compromise his wife and offspring so?

“It cannot be announced, I tell you, not yet,” the Earl insisted.

“My lord, why, when we’ve been married these eighteen months? People will say our child is...baseborn.”

“Then let them! We shall know better!” How disdainful he seemed of the reputation he had suffered to protect.

“I don’t understand you,” Mary wailed. “You would prejudice the good name of your wife and child sooner than admit you’ve married outside your class?”

“You must see,” he rounded upon her angrily, “the irregular conduct of your sister, Susan...”

“But I have obeyed your wishes and ceased all communication with her.”

“And if that were not enough,” he went on with great warmth, “your sister Farren shamelessly holds court in Old Burlington Street with a posse of Colonial officers under the same roof as she rears her children.”

It was not clear whether Ann had forsaken Will or Will, Ann. Had they parted by mutual agreement, or did they still see one another on occasion as Billy had once implied? Whatever the truth, the upshot was that Will was tenanting a farm on the Cornish coast where the unchecked Atlantic breakers rolled in day and night and new worlds impinged. Ann had come up to Town to ape her betters and had borrowed Lydia Sharpe, Susan’s servant, to supervise her household. The eldest of a large brood herself, Lydia was not unconversant with the whims and demands of toddlers and proved a capable handler of them. Mrs Cole was in lodgings in the same street, paid for out of Mary’s allowance. Mary grieved for her that her daughters had turned into strangers, pursuing unforeseen lives. Billy remained in the good apothecary’s employ, but was unsettled and wrote of following the pack to London. 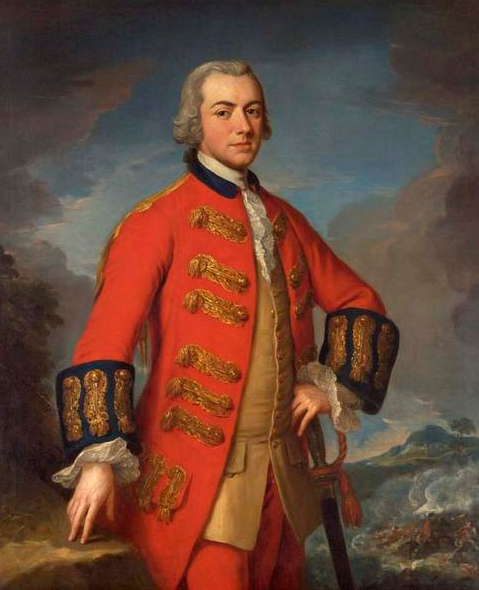 Autumn advanced and Mary’s condition called a halt on their fugitive lifestyle. Berkeley’s concerns took him away much of the time and his official address was still in Grafton Street with his naval crony. Mary was totally taken up with the practicalities of her confinement. When the house was equipped with a nursery, it seemed appropriate that Mrs Cole be invited to come and live in Park Street. Mary broached the idea and his lordship praised it at once for its sound sense and economy. She could not wait to rush off to Old Burlington Street and tell her mother the news. Mary found her in disgruntled mood.

“You should be putting your feet up, my girl, not running loose in the streets. You should have the use of his lordship’s carriage.”

Mary took off her cloak. She appeared in the rudest health.  Pregnancy suited her. “The exercise has done me good. I can’t sit indoors all day.”

“Tis a queer life, everything at sixes and sevens. I rattle round this place like a marble in a coffin. And there’s no knowing what your sisters are up to. I can’t make them out.”

“Never mind them. I have come to offer you gainful employment as your grandchild’s nurse. You shall take full charge of the maids.”

“What come and attend you in that grand house while you lie in? No, Mary, I will not.”

Mary shrank in dismay. “But why, when you are all alone and in need of company as much as I?”

“And where is your husband, pray? I bain’t a hard woman, but I’ll not encourage vice. Mary, I think you’ve been pulling the wool over my eyes, in season and out.”

“What are you saying? I don’t understand.”

“Making out you was wed, right and tight, only not speaking plain.”

Mary jumped up from her chair in indignation. “I am married, Ma! There! Now it is out and you must keep it a secret. I am forbidden to own it without Berkeley’s leave.”

“I don’t believe it no more. How can you keep quiet with a kiddy on the way?”

“Billy was there! He saw us take our oath and signed his name to it. He saw the parson bless us. Don’t you believe him, either?”  Mary fumbled to unbutton her bodice and dangled the ring on its chain that had been unchronologically entered in Walter Mayer’s accounts as a ‘golden seal’. “See!”

Mrs Cole’s harsh frown slackened and she studied her daughter for a moment as if she had fallen to the conclusion that Mary was a simpleton.

“Listen, Mother, tomorrow is Sunday,” Mary said. “To satisfy you, we will go and take Holy Communion together, and I hope you will think that I could not do such a thing without I am an honest woman.”

“Very well, we’ll go to church and I shall be content. Oh Mary, my poor lamb,” wept her mother, hugging her remorsefully. “You should have told me afore.”

After that, the widow went to live in Park Street and they were snug and companionable together. An extra maid was found, named Dorcas, for the new house was commodious.

There, on Christmas night, when all was still, the pains came, sharp and lacerating. Two ways wrestled within Mary, the past and the future, the old and the new. Mrs Cole sent for the doctor and anchored a sheet around the bedpost like a twisted spill so that Mary had something to cling to, behind and above. She’d not an atom of strength to scream against nature’s tyranny when the next generation drained her of every resource and the grave and the cradle were comrades-in-arms. Mrs Cole laved her daughter’s brow and murmured words of comfort and Mary could have sworn, in that hoary, shadow-crowded candlelight that she had a dim remembrance of her own birthing, the same dual campaign that banished the naked and unprotected into a cold, harsh world from a place of warmth and peace. Susannah helped her to sips of water, ran about after Dr Keate with hot water and towels and kept the fire going through the night until St Stephen’s Day broke over the roofs and spires of the city and Mary was delivered of a son, as handsome and lusty an infant as any mother could wish. 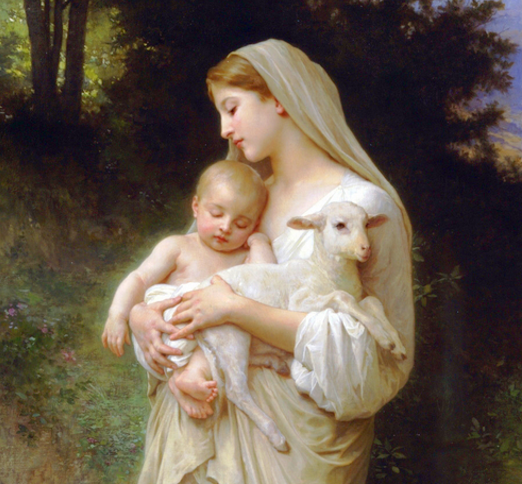