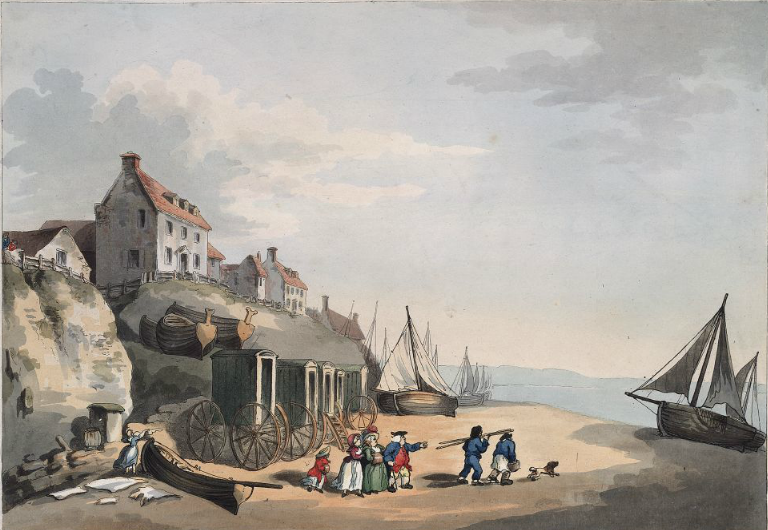 In the summer of 1786, the Prince of Wales shut up Carlton House, dismissed most of his staff, and went trotting down to Brighton in a hired carriage with his new bride. He wished to emphasise his niggardly income to the King who had repulsed his appeals for help and demanded an exhaustive account of his arrears.

“Damned if I’ll indemnify another folly with a mistress!” shouted the King. He had developed the habit of raising his voice as if he feared he might be misunderstood. The eyes and nostrils would flare like a spooked mount. Whatever tittle-tattle reached him concerning the Prince’s liaison, he dismissed. Whispers of cloak-and-dagger covenants must not be entertained. Britain’s first family could not live outside the law, especially when they had conceived it! 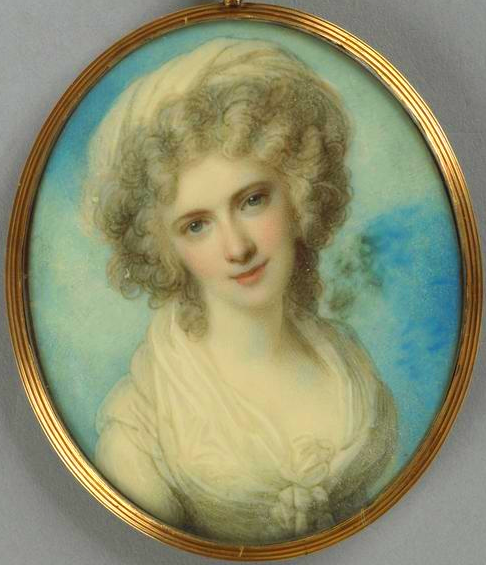 “He says he vill not part viz her,” ventured the Queen.

She dared not repeat her conversation with her eldest son. He had told her outright that he had wed Maria Fitzherbert, that she had a bearing more majestic than any porcine German princess, and that man-made laws would not sever them in the eyes of God. Could his mother find it in her heart to admit her new daughter-in-law to her Drawing Rooms? The Queen had had no compunction in roundly refusing. To which the Prince responded that her gatherings were as dull as ditchwater, anyway, and patronised only by those with superannuated ideals. It had been distasteful to a degree, just when the King needed serenity. These days he was inclined to fly into a passion about the most trivial things and to revisit his grievances by the hour. 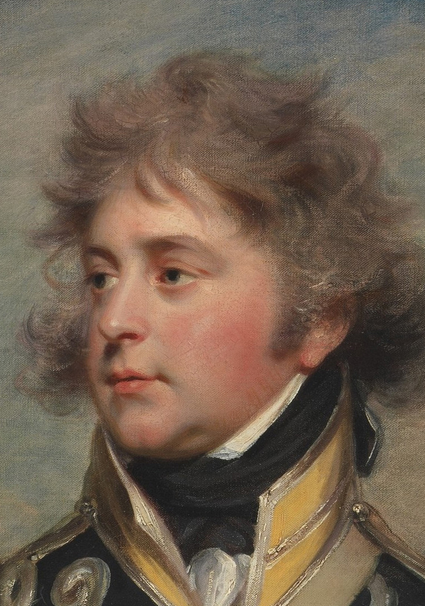 “It will blow over, nothing surer,” declared His Majesty. “Pockets to let, what! Nothing like it to focus the mind!”

“Oh, I have made representations to him,” sobbed the Queen. “Zis is the beginnings of anarchy. I fear for zhese stirrings across the Channel vot come to my ears.”

“To say the truth, Madam, I fear more for Frederick. He will be home from Hanover soon. Think what a corrupt climate he will be exposed to. Eh?”

“Vot of the company George himself keeps? Some is not goot. He is young, easily engaged.”

“Y’mean Fox and his crew. We shall make short work of that.”

“I sink not so much of zhese Vhigs. I sink of my Lord Berkeley, for instance. He has not an unsullied reputation and is of an age viz Your Majesty and likely to impress vhere, perhaps, Your Majesty, being next of kin, fails.”

“Ah, Fred Berkeley. There’s a man who knows how to run with the fox and hunt with the hounds!”

“The Countess has a streak of mischievous wickedness. She is  confidante of George’s. Season well with a pinch of salt, Madam.”

“Her ladyship has reason to believe Lord Berkeley himself is secretly married zhese two years. Zhey have a child. She has met the lady in question, a Mary Tudor.”

At this the King rolled with laughter till the tears began to spill from the corners of his eyes. “Fred Berkeley has his neck in the noose! Oh, by all that’s wonderful, did you ever hear such a thing? With a woman of strong religious persuasion! He’s in for a rough ride, Madam, that I prophesy!”

“Lady Jersey supposes that Miss Tudor vould not consent to be Berkeley’s mistress, so he married her. I hear she is blessed viz charm and beauty, but favours a modest style of attire and has somesing of the ingénue about her.”

For a brief moment, the King was reminded of his own youth and his angst-ridden love affair with an eye-catching Quakeress, Hannah Lightfoot, before he was recalled to the solemn subject of duty. He knew this blend, cited by the Queen, to be remarkably potent. “Desperate fellow! Oh, this is beyond anything! And do we adduce that the secrecy is on account of Berkeley’s not wishing to offend us during our own ecumenical crisis?”

The Queen shook her head. “I do not know ze reason, Your Majesty. I only vish George had not taken a leaf out of his book.” 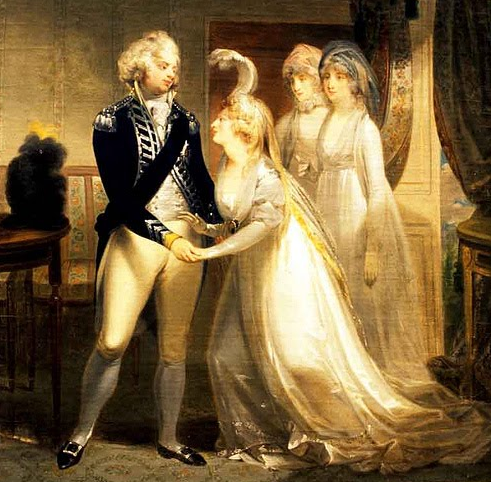