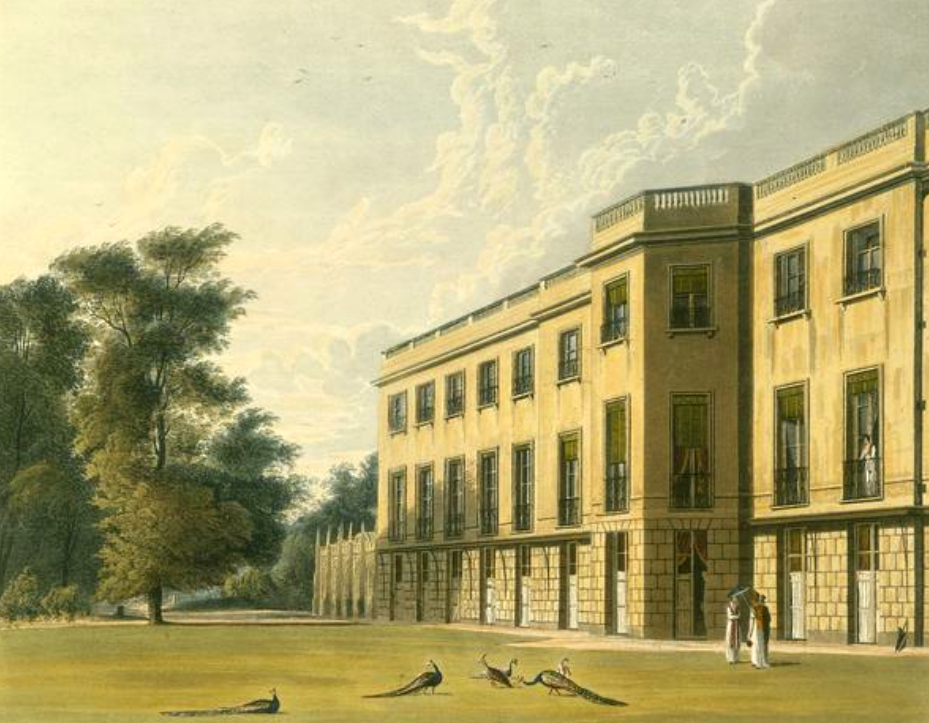 When Lord Berkeley delivered his bald assertion to Mary, having become a father, that he would never marry, he had meant – what had he meant? That it should be tempered by an understanding that no one else would have exclusive rights over him, either? That no one, certainly not a woman and a common citizen of the provinces, should rule his decisions? Mary did not seem to understand what a concession he had made in having the child baptised to please her, and having the event recorded for posterity in the parish register. And yes, he had actually wanted it recorded. When she had fixed his eye and declared that she would not run away, his spine had prickled. He could not exorcise the spectre of Mary’s wounded innocence. She had trusted him.

“You may choose to think yourself a free man,” she told him bitterly, “but God knows otherwise. A pledge was made in Berkeley Church which nothing can change.”

Fred did not reason that for a moment. It was the least of his worries. And he did have some nagging worries. There was a matter he dare not breathe to a soul, nor write down on paper. His Royal Highness he deemed to be fiercely loyal to intimate friends and above disclosing their confidences. Yet when he considered the risk of excommunication from the Prince’s clique, he flushed hot and cold. At the back of his mind, some instinct nudged him to find a safe repository for the information. It helped to explain his silence about the marriage the Prince had just cause to believe in. Who better to vouch for Berkeley’s integrity, should it ever be questioned?

During June, five months after William Fitzhardinge’s christening, Carlton House was re-opened. Pressure from the Foxites in Parliament, and his own growing unpopularity, had forced the King to relax his tight fist.

Having been granted an audience, the Earl was announced in the gilded saloon decked with many Oriental artefacts and novelty bonsai, where the Prince offered him madeira. Much had passed since they had last spoken and the Prince was eager to show off the new phase of transformation at Carlton House. It was mid-afternoon and the sun inclined to the west, soaking the peacock lawns with a blinding viridity. In the far wing, the painters, polishers, carpenters and masons were busily plying their skills to finish the work. The rising generation of royalty was back in business. 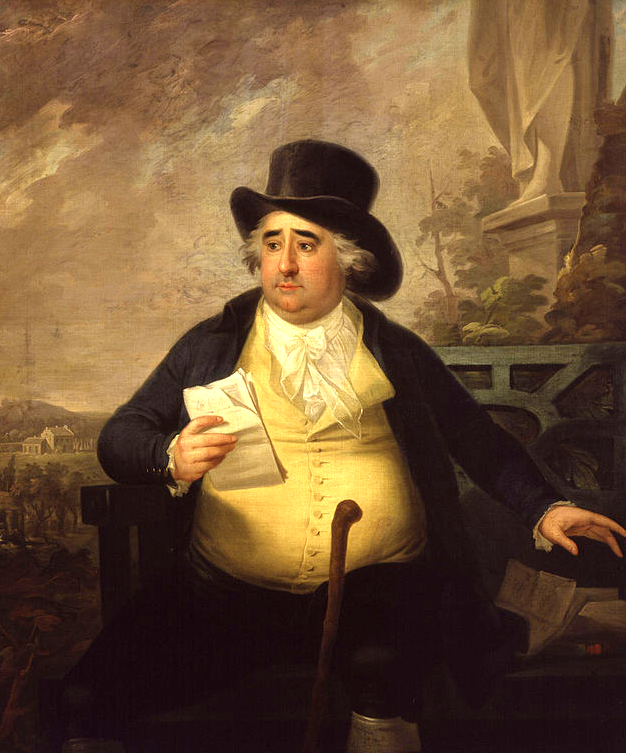 “It gladdens my heart to see you, Fred!”

“And mine to see you sprung from exile, Your Highness.”

“The King has had to eat humble pie. My fiscal arrangements are on a new footing.”

“So I understand, thanks to Fox.”

“Mm,” said the Prince dubiously. “I am not on the best of terms with that fellow. Behind the scenes, the speech he made in Parliament has brewed some mischief. It could well precipitate a crisis.”

The Earl hesitated. He could not be sure that the Prince had actually gone ahead with his defiant plan and married Maria. Was it merely clever semantics, a diplomatic mind-game to satisfy irreconcilable forces? That was an expedient Fred could well understand.

“That is to be avoided now that you are mending bridges with His Majesty.”

“To be perfectly honest, Fred, I am more than a little concerned about his mental health. It’s as if he has one foot in reality and one in delusion... But enough! Here I am, come from Brighton and scenes of domestic bliss… You must see Grove House for yourself. Bring her ladyship and sample the salubrious air.”

“Your Highness is most gracious…”

The Prince slapped his forehead with his palm. “Damme, Fred, I nearly forgot. Congratulations are in order! And how is young Viscount Dursley?”

Fred hedged a little. The courtesy title of the firstborn son would never be conferred on the child lying in the cot at Park Street.

“I take it I am not yet at liberty to mention your nuptials?”

Berkeley sipped the sticky wine and took a ratafia biscuit from the dish. “I…I find myself in the most devilish predicament…”

“I scarcely know where to begin…how to express…” He wriggled the shirtsleeve inside his coat. “Mary’s sisters live in a manner such as to render it disastrous for my connection with them to be known. Since coming to London, they have sought out the flesh-pots. Mary has made representations to them to desist. She is of an utterly different mould…”

“That’s Catholic influence for you. It goes hell-for-leather one way or t’other!”

“Mary has no choice but to cut them.”

“Will gaining their silence prove an embarrassment?” asked the Prince astutely.

“That is not the primary issue at this juncture.”

“If they claim kin with Lady Berkeley, will they be believed, do you suppose?”

“They are bidding to move in powerful circles, particularly the younger of the two. She has taken one nomenclature after another and has been living under the protection of a member of the Bar in rank and splendour.”

“A Member of the House?”

“It is our desire to see her respectably settled. She is on a campaign to exploit the male sex and will not readily be confined.”

“And what of the elder sister?”

“A lady with a penchant for officers of His Majesty’s Services, to say nothing of those from America. She has abandoned her husband and has three children to support.”

“A ticklish coil. You must adopt a philosophical turn of mind, Fred, and see that were they not so provided, they could be a serious drain upon your personal exchequer.” 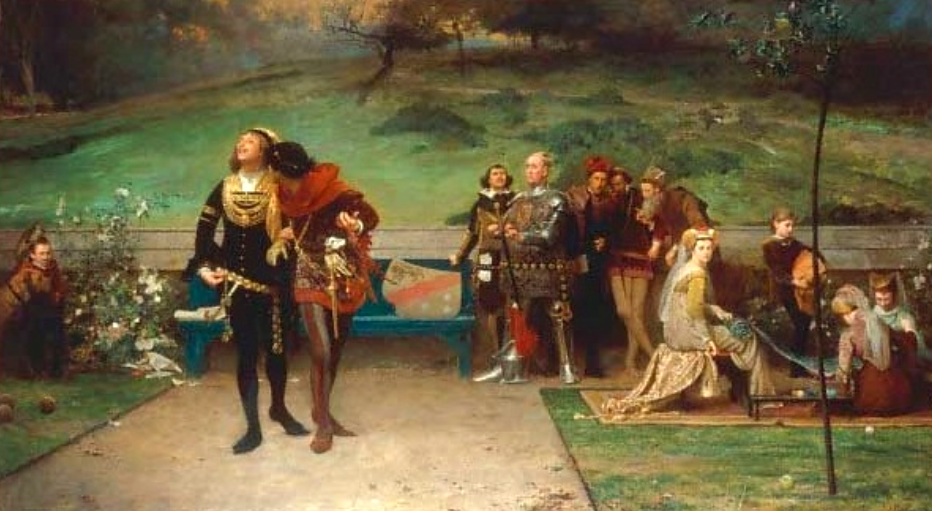 “Yet there is worse,” said his lordship. In some surprise, the Prince watched his once-feckless friend wilt with his head in his hands. Berkeley stared at the dizzying convolutions worked into the Brussels carpet. “It puts me in mind of that ghastly business at Berkeley concerning Edward II.”

His Royal Highness cast about his memory for the correct history tutorial. “Banished to the dungeon for months among the rotting carcases of animals and then most foully murdered, I recall. That was in the Dark Ages! I don’t follow…”

A ray of enlightenment dawned upon the Prince. “The catamite, Piers Gaveston. The scapegrace to whom Edward gave his jewels and his kingdom?” He did not add that it was judged fitting that the said monarch should meet his doom by having his innards scorched with a red-hot poker.

“It is the same abomination today as it was then. Trials at the Old Bailey. The scaffold. Transportation for accessories now this new law is coming into force. What I mean, sir,” concluded Berkeley forlornly, “is that I understand Mrs Wright, as I believe she styles herself at present, enjoys a princely income from keeping lodgings as a place of assignation between men.”

The Prince’s hand came down upon the Earl’s shoulder. “Oh, my dear fellow! I do see how excruciating this must be…”

“Many turn a blind eye to such things but the law holds it a crime for which the forfeiture of life is a just price. I cannot have the Berkeley name dragged through the mire, nor for it to reflect upon Mary’s unblemished character.” 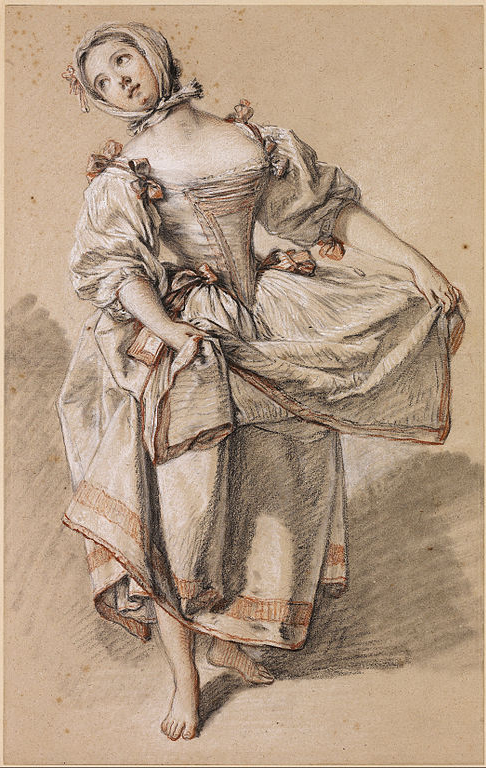 “Yes, dear Lady Berkeley,” reminisced the Prince with a mawkish watering of the eye. “There is a halo of goodness about her that the world cannot breach.”

“Most unusual. I rather fancy myself a connoisseur of the Fine Arts, you know. Upon my honour, Fred, your disclosure shall not go beyond these walls.”

“I am indebted to you, sir,” said the Earl. “It is good to know I have so unswerving a friend.”

Berkeley’s departure from Carlton House was accompanied by huge relief. His refusal to marry Mary was now dignified by a sound rationale. In the Prince’s sight, Berkeley had bought an indefinite stay of execution regarding a public announcement. In his own, it was limpidly clear why marriage was out of the question. Further, he had logged a respectable relationship with Mary at the highest level, should it ever need confirmation. Who would gainsay the future King of England? 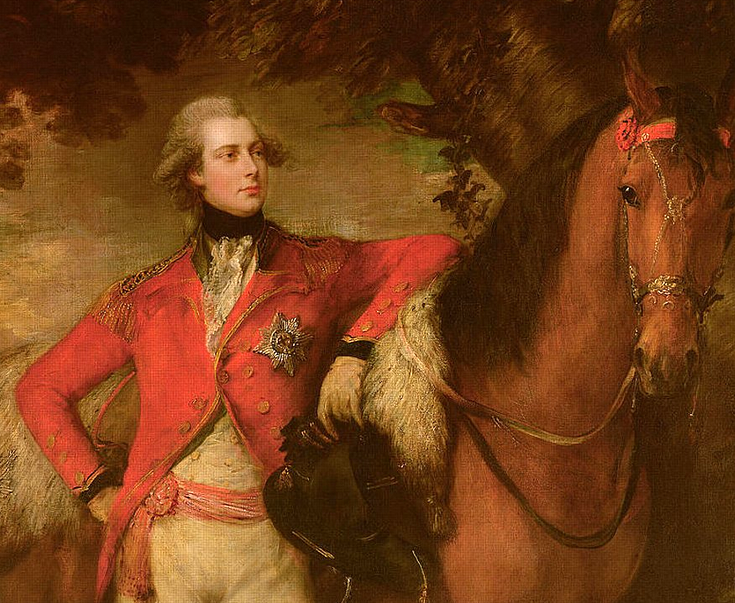