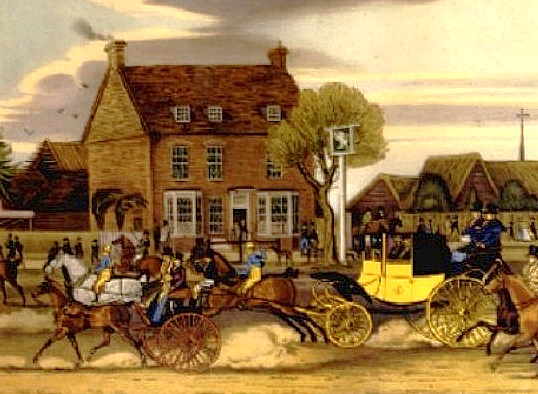 Whatever fears Mary had about her unsettled life, the pitching scenes of Cotswold pastures and ochre stone villages, the scent of the resting earth, brought her into harmony with herself. After a night spent at The White Hart at Benson and a delay at Nettlebed while the Earl inspected his hunting kennels, they crossed the Gloucestershire border. Mary listened to the horses’ hooves pounding home soil, her eyes moistening with emotions she could not have begun to explain. She was seven months pregnant. The Widow Cole clutched her grandson, lulled by the motion of the carriage. She was content to ride every rut and pothole while her needs were taken care of. These days she felt battered and bewildered by the endless twists of fate. “Tis all a lottery,” she mused. “We women must shift as best we can.”

A castellated mound from some bygone age loomed through dripping November mists. When at length they drew into the courtyard, the servants had assembled either side of the entrance to meet them, an outrider having been sent ahead to announce their approach.

Mary straightened her posture. All eyes were upon her. The Earl greeted his household with his usual blithe curtness and offered her his arm. “This lady is your new mistress. I know you will respect her instructions as they were my own.”

There were bows and curtsies as the pair swept in, Mary smiling nervously. Boniface, the Head Butler, grimaced when they were safely past, noting the Old Nurse in tow pacifying a peevish baby and the young woman’s ballooning form. A sober Baptist, he was ever fretful of the waywardness of mankind and knew his master to be a committed bachelor. Croome’s opinion did not change his own one wit. “Miss Tudor, eh?” he said in clipped, catarrhal accents. “She won’t be the first of that ilk to confound history. No good can come of it, mark my words.”

Paradoxically, the Dowager, whose opinion Berkeley had taught Mary to fear, turned out to be her advocate She was a dissipated beauty with a taste for effete men, perhaps because they couldn’t injure her. She praised Mary’s handling of the child and wished she might discipline Fred half so well. She owned she had made a bad job of it, but that was no wonder when his father had succumbed to every ailment in Culpeper’s and had died of an overdose of mercury when Fred was a boy. Nugent, her second husband, a ribald Irish peer, whom she’d discarded after a very few years, had not been able to make anything of him either. But then, Nugent had been too busy chasing rich widows and licking the boots of the young king to care. He scarcely knew his own offspring and had flatly denied fatherhood of the last daughter she had borne under his roof. Poor Fred was doubly neglected and had learned not to care. The trouble was that his ‘not caring’ ran to disowning his duties and that, as well as affecting the lives of his tenants, reduced his income. 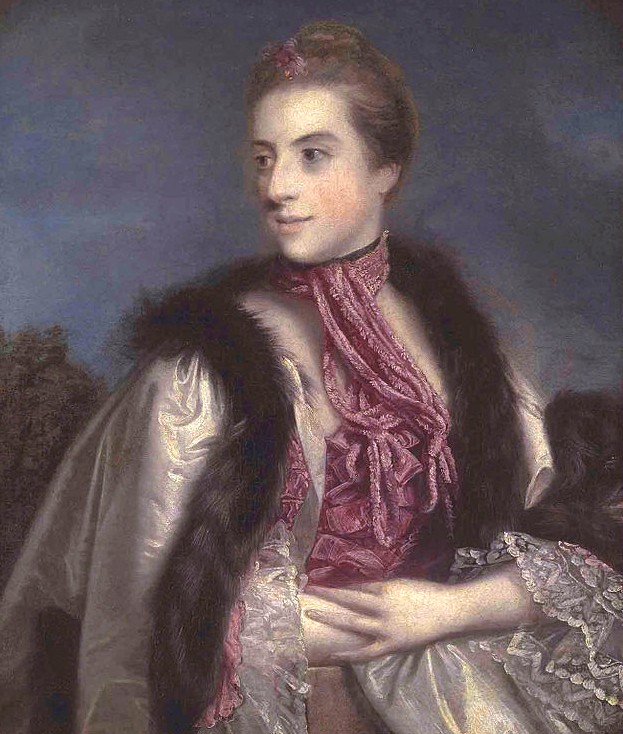 “Child, child, you have a way with him,” the matron declared. “Indent for more housekeeping and rethatch the barns with it!”

“Would that I dare, my lady. When I see the way the poor cottagers toil and barely scrape a living from the earth, it breaks my heart.”

The Dowager smiled at her thoughts, bent over her petit-point frame. Towards the end of her life she was industrious in the extreme, as if to retrench on her feckless past. She upholstered whole suites with her tapestry work, weaving in the family arms. The lustrous vegetable dyes would remain fresh down the centuries to come. God bless her for her eccentricities, Mary thought. She could have been my bitterest opponent. What she made of the situation, what she had been told by her son, was not revealed, but the Dowager Countess of Berkeley could not have been kinder.

“I worry about Fred more than I care to admit,” she confided.

“I can well understand, ma’am, the tug of the firstborn on a mother’s heartstrings.”

“He needs a steady, caring hand. Young you may be, but I perceive you are wise.” As she spoke, she was lacing her tea with brandy and absent-mindedly using the back of the spoon in a most genteel fashion, the better to obtain a stronger brew. “Fie! How clumsy I am! This is the best specific known to man for easing the palpitations.”

“I am sorry you are plagued by such symptoms.”

“My dear, don’t bother your head about it,” said the Dowager cheerfully. “I am not long for this world, but I should rest easier if Fred were content. He has danced a footloose jig too long. I own I have been no example.”

“Widowhood cannot have been easy.”

“Bless you, no!” said the Dowager, delighted with the notion. “Elizabeth, my daughter, has fared little better. Depend upon it, marrying Craven was the grossest thing she ever did. She is such a bright spirit and he a colourless dolt. He squanders his days among his fossil collection of which he is the dullest specimen!” 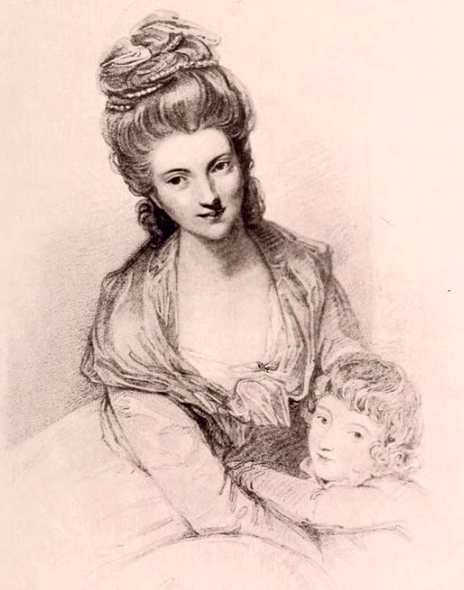 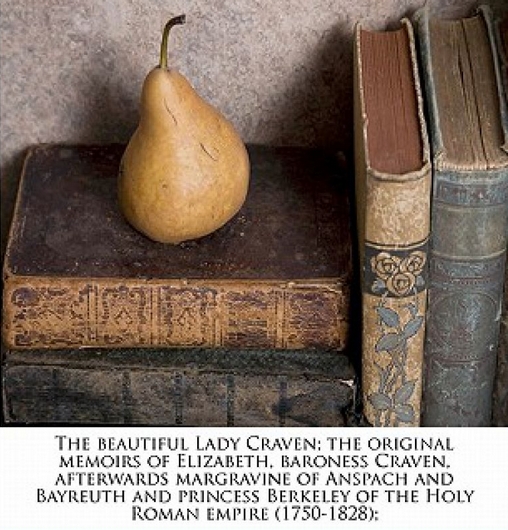 “I hear Lady Craven is fond of travelling.”

“Paris! Vienna! St Petersburg! Constantinople! She sat down with a Pasha who kept a tame lion instead of a spaniel. Intrepid to the core! I vow she is quite at home amidst a little civil unrest. The Royal Courts of the Continent fling wide their doors to her and many a Prince has surrendered to her charm. But she dotes only upon the Margrave of Anspach, a nephew of the Queen. They have set up house at Versailles and the Margravine is obliged to turn away her gaze. So, too, Craven, but he is accustomed to it.”

“That must be very uncomfortable,” offered Mary.

“Craven and Elizabeth have an understanding. The Church’s view of matrimony, you must allow, is too confining. What are marriage lines when the heart is not engaged? A mere document for the benefit of heirs.”

Unconsciously, Mary laid a hand upon the curve below her breast. She was less perturbed to realise that Fred’s mother set no store by the invitation of God’s blessing than the reminder of Fitz’s shaky rank. “I must hope his lordship will not choose to stray.”

“Child, child, he plainly adores you. He will never forsake what is in his own best interest and he is not so feeble a judge of that. He may be Colonel-in-Chief of his Regiment and Lord Lieutenant of the County, but he has had nothing to fight for. If he had, it would be for you and the children.”

“It is Cranfield who goes to sea to defend our shores. There is nothing so calculated as boredom to drive eldest sons to run through their wealth.”

“His Royal Highness is no exception.”

“Indeed! He punts on tick with the best of ‘em. Would you believe it, Lady Jersey says Maria was obliged to borrow five pounds from a postilion at Newmarket to cover the Prince’s bets! Now Fred is not so dipped in the pocket as that.”

No, thought Mary, but what is there to caulk the leak upon his funds? The future King will survive: Parliament will see to that. But shall we? 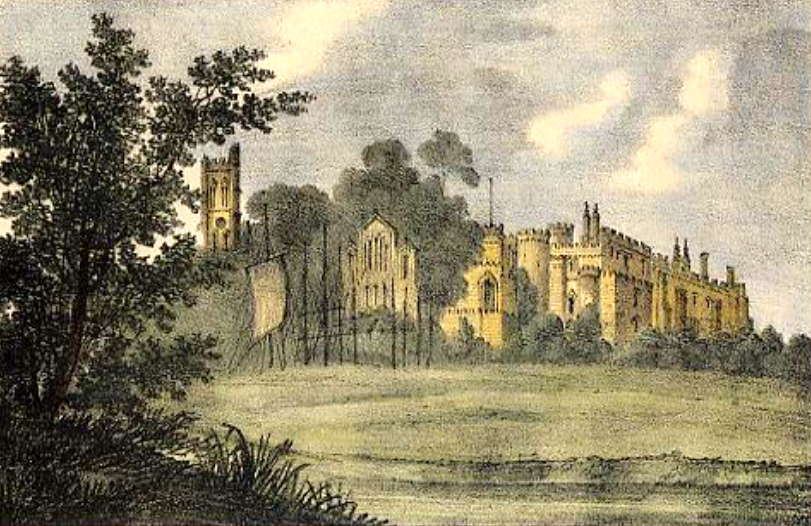