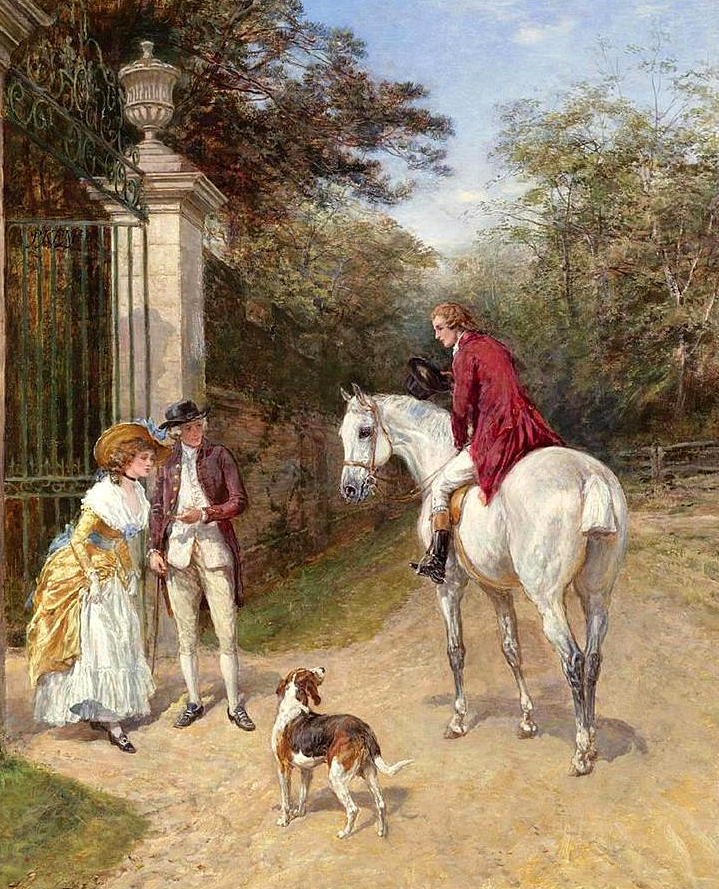 The ire had festered beneath his good manners for the rest of that afternoon. When he returned, Mary was with her mother in the nursery, embroidering the letter ‘T’ upon new underlinen for identification by the laundry maids. The boy was romping around her feet, absorbed in the noisy, unfocused activities through which infants explore their environment. The sight caused unreasonable anger. Mary’s simple-minded morals had driven him to share his intimate life with a peasant widow and daughter and was punishing him with a brace of bastards as monumental evidence of his stupidity.

“I am made the laughing-stock!” he shouted from the doorway, having wasted no words of greeting. Mrs Cole looked terrified.

“My lord?” Mary got up from her knees in concern, not without effort. Her bloated waistline strained under a loosened stomacher. “Fitz! Hush!”

“Our tenants make sport over at Stone at our expense. We are compared to livestock!”

“...but if we live in such a way as to invite slander, it is to be expected.”

“You suffer me to tolerate it, madam?”

“Indeed, no, for it is not becoming in them to disrespect their lord. But we should be setting an example.”

“I was never exemplary in my life!”

“Well, lesser mortals do have regard for decency. Men’s eyes search, and tongues chatter.”

“Is it not enough that I have raised you to a life of privilege from the gutter?”

Mary’s locks were falling down about her shoulders beneath an oversized mob-cap. The eyes, vital with the promise of a smile, were the hue of tourmaline and smouldered with reproach. It startled Berkeley, as though out of a dream. What was he doing with this filly, easily young enough to be his daughter? Everything about her was recherché and indicated that she was unfitted for such a role. 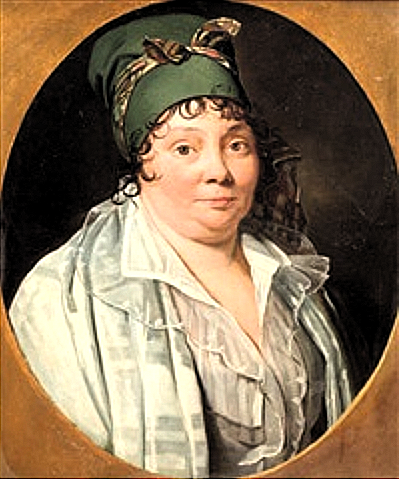 “It be no more’n the truth, Mary,” said Mrs Cole quietly into the void, concerned for the outcome. She picked up the wriggling Fitz who had started to whimper and trundled into her bedchamber.

“You maintain that we are!”

“Before Heaven, yes. But tis more than two people plighting their troth. Marriage is a public promise, for the benefit of the whole community, else no one knows where they’ve come from, or where they’re going, or who they are.”

There was no point in trying to humour her. He must be blunt. “I cannot marry you,” he said gruffly with a catch in his voice.

“My lord, you have a child. Two! What will you tell them? Are they to be cheated of their birthright?”

By God, he thought, there is more than a child in her belly: there is fire! It was the protection of a tigress for her cubs. “Am I such an ogre that I would forsake my own flesh and blood?”

“I don’t know! I don’t know!” cried Mary, now distraught. “You will marry a wife and have proper heirs and make our babies the enemies of hers, and of me!” Tears were beginning to run down her cheeks. She was too distressed to curb her tongue. 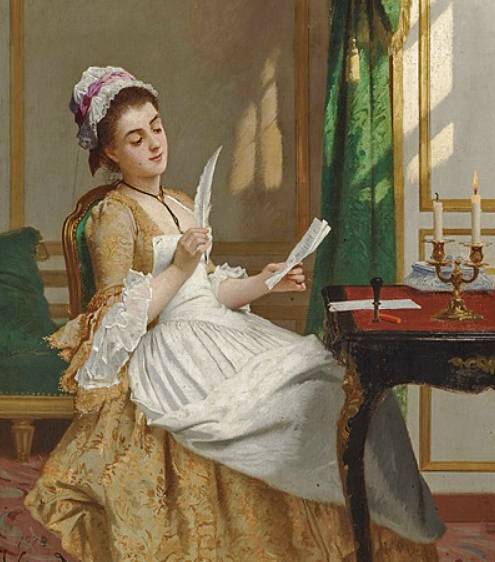 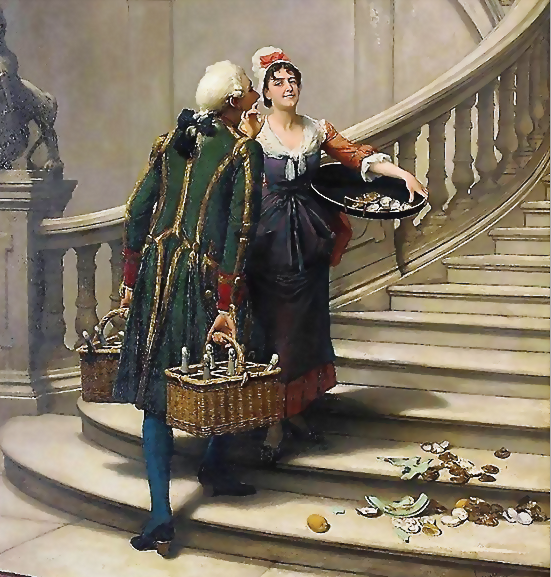 “You have no notion how unendurable my life is here. The servants gossip. Boniface does not care to wait on me at all. He says Mrs Bayly went her ways as discreet as a mouse and did not seek chapter and verse how the castle is run and...”

“How dare he!” raged the Earl. “I shall reprimand him. He shall understand who is master here.” (That the butler was a good and faithful retainer of fourteen years standing only complicated the pucker.)

“Am I to understand that the whole world is poking fun at us? That my authority is undermined by installing a...whom I choose?”

“If we were married, it wouldn’t signify. Oh, you can do as you please, keep a mistress. I shall look the other way, but set the thing to rights, I beg you.”

A slammed door reverberated several rooms away. The heavy oak sent a draught gusting up the stairwell so that even the Oudenarde tapestries lifted away from the cold stone they had clad for centuries. (They told the story of the beautiful Jewess, Esther, who supplanted Queen Vashti in King Ahasuerus’ affections and won a reprieve for her people.)

Berkeley turned away and headed for his study. “I will never marry you! My decision is unshakeable!” She could hear his angry tread receding down the staircase. Not for a moment did she guess that she had inflicted real pain. She might as well have driven a stake through his heart. “You can do as you please, keep a mistress...”  Was preserving appearances all she cared about? When he had calmed down, he saw that he could not reasonably hope that she felt more kindly disposed towards him, but that did not stop the wound from smarting. Because she had tried so assiduously to please him, he had dared to fancy that she was growing fond of him. At least she would not abscond: he had her at his mercy. 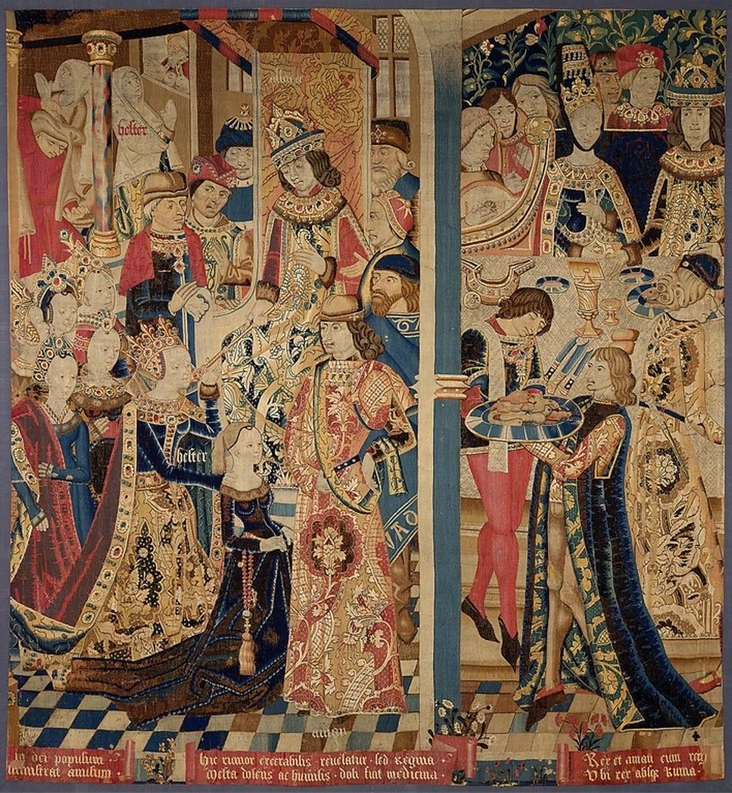