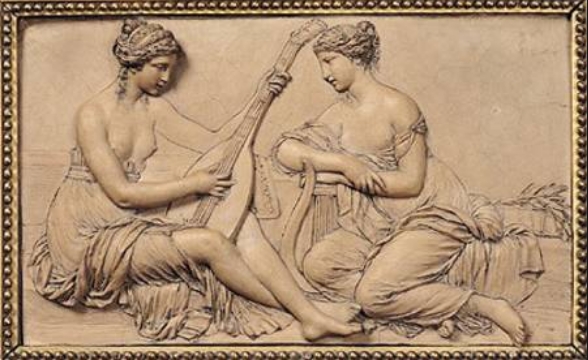 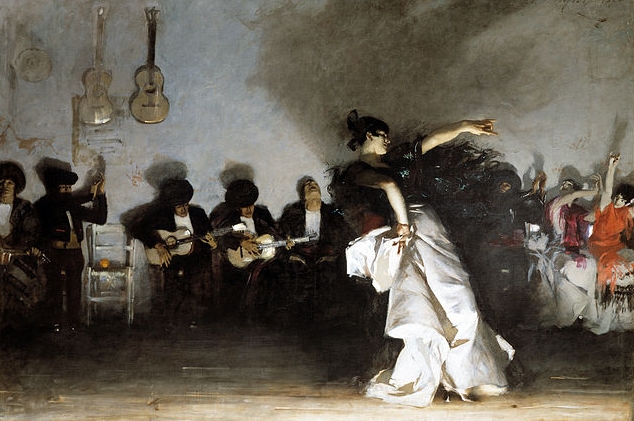 Once upon a time, in another place, I ran a music agency called Intermezzo. It was dedicated to themed words and music programmes for a variety of events, private and public. The notion of 'spectacle' didn't for the most part enter into it since we were there to enhance someone else's party. Marking a special occasion calls for ambience. There are things about tapping into the natural music of the universe, the rhythms of prose and poetry, that express our longing to harness destiny.

Having grown up in the fifties and sixties, when mass imagery did not clamour for attention the way it does now, and before television was a way of life and the cinema a rare treat, all we had was books and radio to populate our interior landscapes. Now that technology has melded them, we can listen to stories, plays and poetry, with echoes of tales told by the camp-fire on the edge of that purple twilight beguiling our ancestors.

There are vital clues in audio it is easy to miss with stage and screen. Shakespeare is wonderful and in many ways richer in nuance. It helps that radio stations can afford to employ the best actors when costs concomitant with film and theatre aren't an issue. It's a sophisticated art. The whole picture is painted with voice, neither fanfare nor foible to distract.

Many years ago, Catherine Cookson described how she liked to plan the following day's writing in utter silence before she went to sleep. Whilst she was mentally configuring situations, she was listening for that canny modulation in Northumbrian dialogue. She referred to it as 'going to the pictures'.

A friend recently described how singing in a language that is not native to the piece destroys the atmosphere and complementarity, the words fighting the music. Like good poetry that cannot be fully apprehended at a first, or second, or third, reading, sound and rhythm hook in their own right. T S Eliot is a supreme example, enigmatic, intriguing. Yes, in a strange way, at a primal level, we've heard it all before. There is an ageless truth we recognise, like a mother's heartbeat, or the whispering sea.

The urge to convey our childhood mythology to our children is strong and I can't help thinking that something got lost in translation when television took over and many children's programmes became cult viewing. Edward Lear became Mr Men and Grimms' Fairy Tales, Dr Who. There is a distinct breach in the culture of centuries at the point our children were learning to decipher the world. The strange thing is that though television is intensely graphic, it seldom resonates deep in the psyche. It may have thought-stimulating potential, but it is ephemeral and depends on the acuity of the mind's eye there and then. In the twenty-first century, we tend to believe that only what has passed through the rational mind has reality, when the mainsprings of creativity arise in the subterranean deeps beyond our control.

My early education was spent in Church of England schools (at primary level with a staunchly English Roman Catholic teacher who introduced us to the Apocrypha, honoured also by Anglo-Catholics of the C of E) and I'm glad to have been compelled to recite long passages from the King James Bible by heart. Those cadences, despite the archaisms and quaint imagery, set me up for life as a writer and prompted my choice of reading, purely from their compelling resonance. While Shakespeare paved the way between the medieval era, the realms of Chaucer, and the Enlightenment, the Authorised Bible was, still is, a pillar of our heritage, though it is now largely deemed an irrelevance. Surely those vibrations delivered from a shared unconscious make it a masterpiece of language?

As to sound, its colour and architecture, I remember being enthralled aged three or four, by the brooding mystery of a serialisation of Wilkie Collins' The Woman In White on Woman's Hour (still going, like The Archers!) That story influenced my fledgling novels in subtle ways, but when I came to read the book as a young adult, I found its thickets tedious to penetrate and soon gave up trying to follow the plot.

We all agree that music has a magical potential to dissolve any kind of boundary you can think of. I have long been fascinated by the process of harmonising libretto and score as a heightened means of storytelling, but what about the spontaneous images and scenes evoked by arranged sequences of notation? The atmosphere, approaching something like memory, of times and places we have not experienced. In a similar way, perfume can sometimes trigger nostalgia for venues that belong nowhere in the context of the life we know.

When I was thirteen, I fabricated a tale to music by André Grétry, logging down impressions, passage by passage, and linking them together. In my head, I wanted to create a ballet. I remember the piece was entitled Auphine and featured a black rose with mystical powers. The project withered when my Dad took a look at it and said there was no such thing as a 'black rose'. Several years later, when I'd embarked on novel-writing as a serious enterprise, like many scribes, I would use music as inspiration for the mood of a scene. I found it gave me courage to get words down on the page (ballpoint in exercise books in those days!) The overture to Beethoven's Fidelio accompanied the early passages of my second 'apprentice' historical novel, set in Paris at the time of the French Revolution. I knew nothing of the opera at that time and was only a vaguely familiar with the music. When, two years later, I attended a production in which friends were starring, I was astonished to see the scenes from my story translated to the stage! By what strange alchemy do the laws of physics and biochemistry become image?

One thing we can be sure of, our senses, and there may be many more than five, ebb and flow and overlap in a rich multiplicity. They are not as distinct as our impression of them. Use earplugs for any purpose and you could find yourself in trouble with spatial awareness. I was told by a musician that the virtuoso percussionist, Evelyn Glennie, who is profoundly deaf, senses music and vivid colour through vibration along the spine.

How the blind decipher sound, what kind of picture is formed in the imagination, can't really be known or compared. I'd like to think it's something the rest of us might well recognise.

But does image evoke inner sound the way sound projects image on to the imagination's screen? 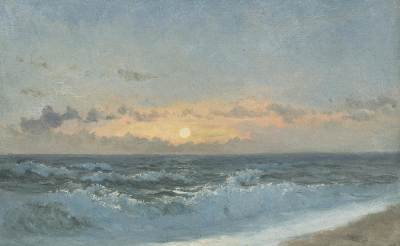