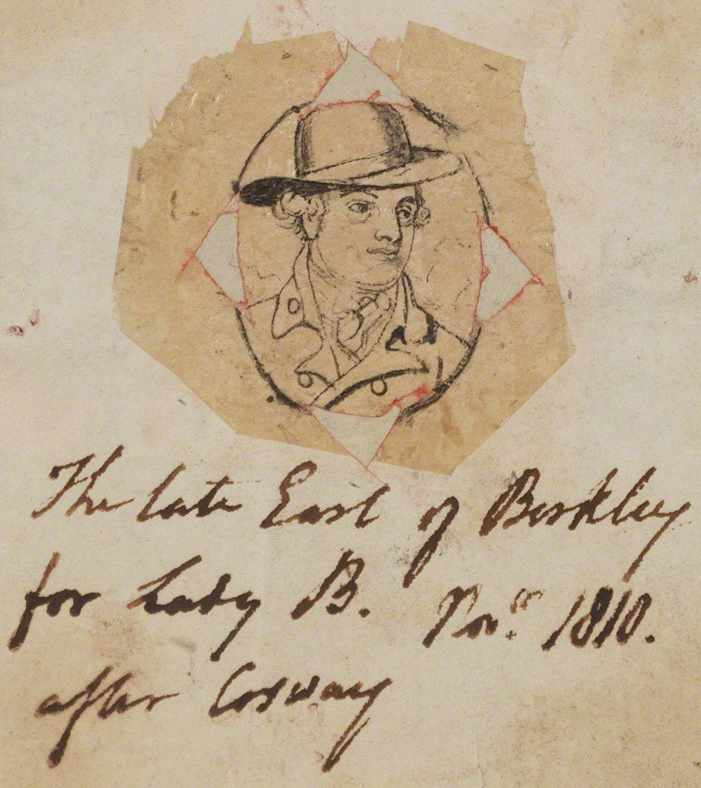 As his life ebbs away, Frederick Augustus, 5th Earl of Berkeley, is overcome with contrition...

July was sweltering and pressed in upon the Earl's aching ribs. Each suffocating breath was shallow and his countenance tinged like a pale bruise. Amid the bewildering bustle of the city, he thought he'd never seen so many faces etched by futility and disillusion. He wanted home. He wanted the Castle, his stake in the world.

They travelled back on St Swithun's day. The sun beat down and the pitching and rolling of the carriage seemed endless, his frame barely capable of supporting itself.

As soon as they arrived, he took to his bed and called for Dr Jenner.

"Rest, my lord. Rest! You have overcharged your strength!"

"Rely on you to give me a good physicking, Jenner!" his lordship quipped wanly through narrowed lids.

"Shall you supervise these, ma'am?" the doctor asked the Countess whom he had beckoned into the room. He placed two bottles of tincture on the porphyry washstand, one of glonoine, and one, hawthorn; both designed to assist the heart. "Of course," she whispered. "I shall do my best to make him comfortable."

The glance that passed between them said everything. Only a miracle would see Frederick Augustus, 5th Earl of Berkeley, rise from his bed.

"Remember us kindly to Mrs Jenner and the family."

Jenner would never forget how the Countess had stood in the doorway, looking forlorn, as though she besought something of him she could not express.

When the doctor had seen himself out, Berkeley reached for Mary's hand. "Long have I denied God's existence, but he has the last word. I'll not see out my allotted span."

Absently, she chafed the crepey hand. "Let me send in Mr Hughes. You are most in need of balm for the soul."

Day slipped into night, and night into day. The world and its wearying fell away, but the torment of Berkeley's spirit was as vivid as ever. After all the sound and fury, he was on his own. He lay beached on his pillows, unable to push away the thought that, for all the Berkeley interests had moved forward, Cumberland might just as well have done away with him at Arundel. He hadn't expected it to be this hard. His ancestors hadn't needed to strive to maintain credibility.

"Hughes speaks of the prodigal forgiveness of God, but, in truth, the only act of my life I lament at this moment is the concealing of our first marriage." 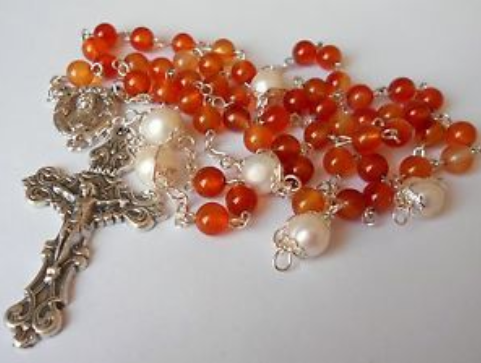 She sat beside his bed, distractedly working a rosary of carnelian and pearl through her slender fingers. The cross of polished ebony was smooth as glass against her palm. Hail Mary, full of Grace... Holy Mary, Mother of God, pray for us sinners now and at the hour of our death.

Repentance was the only hope of peace: she dare not treat with sophism in the face of eternity. "I should have guessed it was a charade. Perhaps I didn't want to guess, for it eased my conscience to think myself an honest woman. But vows spoken in the name of God did make us wed. I felt that we'd been truly punished when we lost the children. First, Francis Ducie, then Henrietta and Maria, straight after one another. That was the lowest ebb."

"I swear I did not intend to cast you aside. It was your birth... But we did marry honourably, in the end. I've made atonement...and it is not enough."

The Earl grew restless again and tried to raise himself, but lacked the strength.

"Hush, now, Fred," Mary pleaded. "You mustn't torment yourself turning this over and over in your mind. Often have I asked myself what was the cardinal occasion of sin, and, try as I might, I cannot fasten it to your deceit."

She fell silent, rolling pearls between her thumb and forefinger. "Our ambiguous footing was no lie. Only when we put our names to that false document... May God, in his mercy, forgive us." 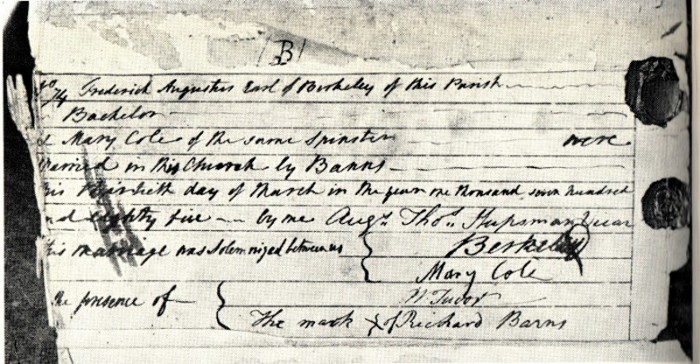 "Did we not agree? It testified to the earlier rite?"

She turned haunted eyes upon him. "Two wrongs don't make a right."

"But what of Fitz? He ought not to suffer. We did it for him!"

"...unto the third and fourth generation." She couldn't stop the words from escaping. "I tell you, Fred, I have wrestled with my conscience."

"Conscience be damned!" he cut in. "What of the future?"

"I must go forward. There is no choice. The course is set. With prayer and diligence, the thing may yet be righted and my neck spared."

“It would never come to that. You are a noblewoman!”

Berkeley had recently made amendments to his will. Via Mr Hughes, he dictated a feverish letter to the Prince of Wales, thanking him for his beneficence and recapping their history together with a reminder that HRH had continued his regard for the Berkeley family after he was acquainted with the circumstances of the 1785 marriage.

A letter to his nephew, Lord Craven, followed. 'I have but one thought on this side of the Grave, which is, my dear Wife and Children...' 'I need not wish you to love your Aunt, my Wife, for that I think you do already, as well as my eldest son, Dursley...' 'I have done all in my power to clear the character of the best of wives, who through her life returned me good for evil.'

Finally, he addressed the Admiral. 'My dear Brother, I am now nearly reduced to nothing...and therefore from the death-bed of your brother, hear his last wishes...the only error of my life was the concealing of my first marriage, in the year, 1785. ...sure you can have no doubt...that my eldest son, Lord Dursley, was born in wedlock. I therefore entreat of you to assist my wife and son...in the establishment of her first marriage with me. She has suffered much...I look upon her as the best of wives and women. God bless and preserve you and all your children, as you do your duty by mine. I am in no pain...'

Mr Hughes administered Communion daily and the penitent slipped into a placid resignation. 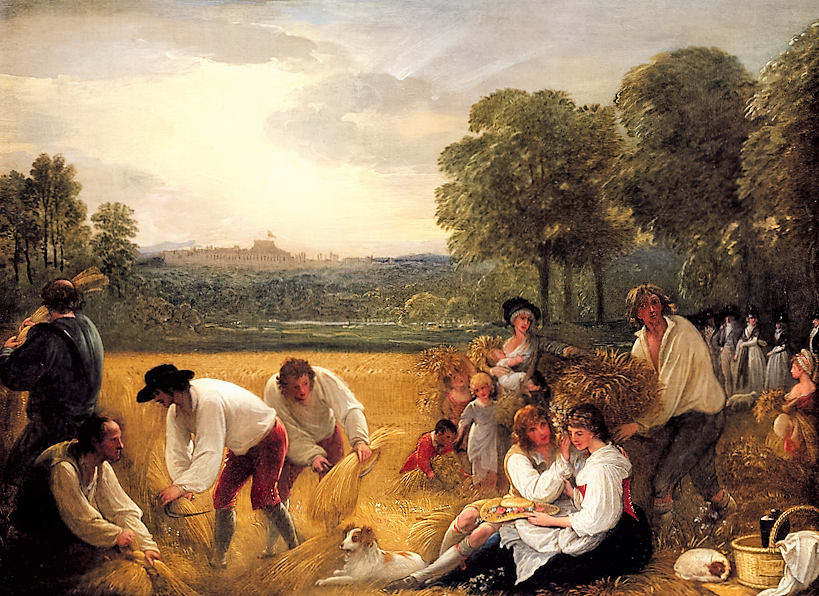 "They are singing in the fields," the Countess told him, pushing the drapes, then the windows, wider. It was eight-o-clock in the morning. "They are merry to be harvesting. Do you hear them?"

He blinked as the sun needled through streaming boughs. Strains of peasant harmonies dissolved in the rustle of gathering breezes. Old songs. Labouring songs. Songs of the earth his forebears had tilled and owned. Songs of the Vale he had neglected and his wife had brought into rich commission. The light seemed to create a little nimbus around the chestnut wisps of hair at her nape. He saw her solitary, peering into the future. Vulnerable. She had commanded his field of vision since one fateful day in 1783 and his bumbling vocabulary had never been a match for his passion. They would be sure to come for her, a trail of suitors, when he had gone. Jealousy no dying man should have to endure lanced through his heart. Why did it matter now? He turned his head aside. The bedlinen smelled curiously of dust.

With a flicker of hesitation, she obeyed. The two of them lay gazing at a tester that had seen better days, she, in a kind of parenthesis on the outside of the counterpane. She had no idea of the morale this gave him.

He took her hand and imprisoned it in his. "Polly, I want you to know that I have always loved you in this world and, Godwilling, I shall love you in the next."

A tear spilled across her temple from eyes, ocean-blue. "And I learned to love you in spite of myself!"

"Fairer than rubies," he whispered. "Who can find a virtuous woman? for her price is far above rubies. The heart of her husband doth safely trust in her, so that he shall have no need of spoil. She will do him good and not evil all the days of her life. You...are the best of wives and women."

With that, Frederick Augustus, 5th Earl of Berkeley, sighed and was gone.

The clock chimed a quarter past the hour.

It was Wednesday, August 8th. 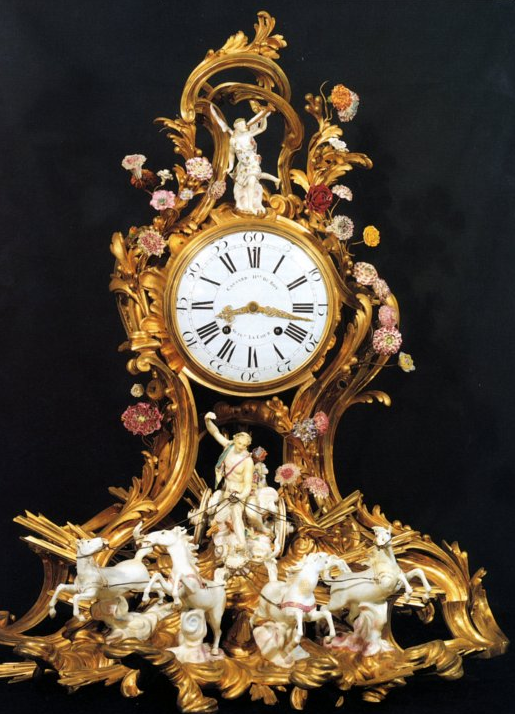